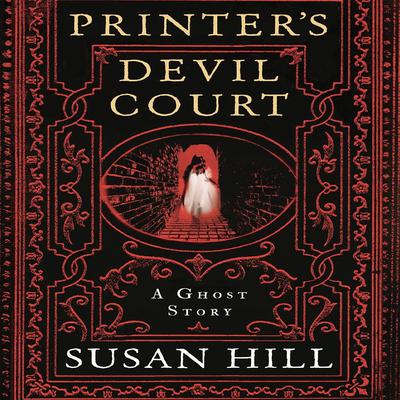 Ideally spooky Halloween listening.... A chilling ghost story by the author of The Woman in Black.

One murky November evening after a satisfying meal in their Fleet Street lodgings, a conversation between four medical students takes a curious turn and Hugh is initiated into a dark secret. In the cellar of their narrow lodgings in Printer's Devil Court and a little used mortuary in a subterranean annex of the hospital, they have begun to interfere with death itself, in shadowy experiments beyond the realms of medical ethics. They call on Hugh to witness an event both extraordinary and terrifying.

Years later, Hugh has occasion to return to his student digs and the familiar surroundings resurrect peculiar and unpleasant memories of these unnatural events, the true horror of which only slowly becomes apparent.

Susan Hill is a prize-winning novelist, having been awarded the Whitbread, Somerset Maugham and John Llewelyn Rhys awards, as well as having been shortlisted for the Booker Prize. She wrote Mrs de Winter, the best-selling sequel to Rebecca, and the ghost story The Woman in Black, which was adapted for the stage and became a great success in the West End.

Her books include a collection of exquisite short stories, The Boy Who Taught the Beekeeper to Read, and the highly successful crime novel series about the detective Simon Serrailler. Susan Hill lives in Gloucestershire, where she runs her own small publishing firm, Long Barn Books.

Susan Hill, the author of novels and short stories that have won the Whitbread, Somerset Maugham, and John Llewellyn Rhys awards, the Yorkshire Post Book of the Year, and been shortlisted for the Man Booker Prize. Her famous ghost story, The Woman in Black, has been a play on London’s West End and is the basis for a major feature film starring Daniel Radcliffe. Her crime novels featuring DCS Simon Serrailler are currently being adapted for TV. She has been a monthly columnist for the London Daily Telegraph. She has also written several nonfiction books and books for children, with Can It Be True? winning the Smarties Prize.