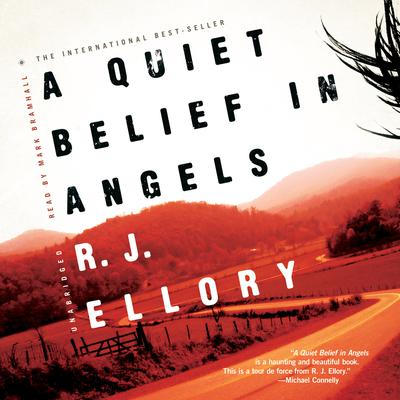 A Quiet Belief in Angels

In 1939 in the small, rural community of Augusta Falls, Georgia, twelve-year-old Joseph Vaughan learns of the brutal assault and murder of a young girl. It is the first in a series of killings that will plague the community over the next decade. Determined to protect the town from the evil in their midst, Joseph and his friends form “the Guardians” to watch over the community. But the murderer evades them, and they watch helplessly as one child after another is taken. Ten years after the first killing, one of Joseph’s neighbors is found hanging from a rope, surrounded by belongings of the dead girls; the killings cease, and the nightmare appears to be over. Nevertheless, a shadow of fear follows Joseph for the rest of his life. He sets out to start a new life in New York, but the past won’t stay buried, and, fifty years later, Joseph must confront the nightmare that has overshadowed his entire life.

“There aren’t nearly enough beautifully written novels, that are also great mysteries. Like The Girl with the Dragon Tattoo and Smilla’s Sense of Snow, A Quiet Belief in Angels is one of them.” —James Patterson
“A mesmerizing tale whose intrigue will pull you from one page to the next without pause…R. J. Ellory’s remarkable talent for probing the unknown establishes him as the master of the genre. The perfect author to read late into the night.” —Clive Cussler
“A Quiet Belief in Angels is a beautiful and haunting book. This is a tour de force from R. J. Ellory.” —Michael Connelly
“A Quiet Belief in Angels is a rich, powerful, evocative novel of great psychological depth.” —Jonathan Kellerman
“R. J. Ellory is a uniquely gifted, passionate, and powerful writer, and the quality of his prose—every word, every sentence—lifts A Quiet Belief in Angels far above genre.” —Alan Furst
“This isn’t your standard shock and bore serial killer novel. It’s an impassioned story of a man’s life told in Ellory’s distinctive voice, and it confirms his place in the top flight of crime writing.” —Sunday Telegraph (London)
“Ellory has a way of concealing the shocks in his text so that you stumble upon them, as if by accident…Each jolt strikes painfully, and the reader will seek, utterly riveted, this masochistic beating right to the end of the book…This is thriller writing of the very highest order.” —Guardian (London)
“Intriguing…The quiet power of [Ellory’s] prose [is] particularly evident in scenes of Vaughn’s childhood.” —Publishers Weekly
“An appealing mix of murder, madness, conscience, lost love, and redemption.” —Booklist
“R. J. Ellory is a class act. If you like James Lee Burke or James Sallis, he’s a writer who speaks your language.” —Val McDermid
“A Quiet Belief in Angels is a riveting mystery, as compelling as it is moving. Joseph is destined to become one of those seminal characters of literature…Here is a book that restores not only a quiet belief in the redemptive power of literature, but is a novel that you will read over and over again.” —Ken Bruen
“I read A Quiet Belief in Angels breathlessly as this is one of those rare authors who is able to combine a poetic literary style with a stunning mystery story. R. J. Ellory will quickly rank with the best crime writers working today.” —Otto Penzler
“A Quiet Belief in Angels reads more as a dark coming-of-age tale rather than a traditional crime novel. But don’t consider this a weakness—Ellory’s writing is so lyrical, powerful, and heartrending that those who normally steer clear of the genre are likely to feel at home.” —BookPage
“A Quiet Belief in Angels is a rare novel that is both meditative and suspenseful; it’s a study of character, obsession, memory, and of the converging paths of compassion, regret and revenge.” —Smart Money
“This book has already garnered high praise and accolades in the UK. Expect similar success in the States. This novel has it all.” —Mystery Bookshelf
“This is a must-read for mystery fans: a compelling story set in 1940s rural Georgia, with a protagonist you won’t soon forget…A story of secrets and lies, revenge and obsession, right and wrong, this is a moving and haunting tale in the best Southern gothic tradition. A debut not to be missed!” —Crime Scene
“All is not as it appears. Ellory throws in enough twists and turns to keep you guessing throughout. More than just your average suspense novel, A Quiet Belief in Angels is literary fiction at its finest.” —BookReporter.com
“Ellory’s writing is passionate, elegant. His descriptions of people are haunting…He is a master of tension and dread. The mystery is compelling; just as insistent is the pull of Ellory’s prose, with a deceptively leisurely pace that heightens the suspense…A dazzling journey.” —Shelf Awareness

R. J. Ellory, orphaned at the age of seven and sent to prison for poaching when he was seventeen, immersed himself in literature and set about learning the craft of writing fiction. He now divides his time between writing and volunteer programs in drug rehabilitation and youth literacy. He is married with one son.