The Age of the Seventh Sun Series: Book 1

A Gizmodo Pick for February

A Nerd Daily Pick of Most Anticipated Books of 2020

Thrust into leadership upon the death of his emperor father, young Prince Ahkin feels completely unready for his new position. Though his royal blood controls the power of the sun, he’s now responsible for the lives of all the Chicome people. And despite all Ahkin’s efforts, the sun is fading—and the end of the world may be at hand.

For Mayana, the only daughter of the Chicome family whose blood controls the power of water, the old emperor’s death may mean that she is next. Prince Ahkin must be married before he can ascend the throne, and Mayana is one of six noble daughters presented to him as a possible wife. Those who are not chosen will be sacrificed to the gods.

Only one girl can become Ahkin’s bride. Mayana and Ahkin feel an immediate connection, but the gods themselves may be against them. Both recognize that the ancient rites of blood that keep the gods appeased may be harming the Chicome more than they help. As a bloodred comet and the fading sun bring a growing sense of dread, only two young people may hope to change their world.

Rich in imagination and romance, and based on the legends and history of the Aztec and Maya people, The Seventh Sun brings to vivid life a world on the edge of apocalyptic disaster.

“Debut author Forbes tells a story rich with Aztec traditions, foods, names, and mythology. Predominately a romance between the two protagonists, the book encourages readers to ponder deeper questions like the value of life and pitfalls of blind faith…The story fills a gap in Indigenous narratives. A good purchase for romance fans.” —School Library Journal
“Reading this book is like time-traveling to the Inca and Mayan empire. You are completely immersed in the culture with historical accuracy. Every moment puts you on the edge of your seat as you wait to see what the fate of Mayana and the other princesses will be as well as the Chicome people as their sun appears to be fading. I can’t wait for the next book!” —Seattle Book Review
“With a blazing-hot romance and a world that rises and sets with Aztec and Mayan legends, Lani Forbes delivers a story as majestic as the sun itself.” —Pintip Dunn, New York Times bestselling author of Forget Tomorrow
“Mesoamerican mythology gets a long overdue epic fantasy treatment…Though debut author Forbes uses Aztec mythology as her inspiration, she takes poetic license with the actual history and geography of the Aztec empire…In the vein of Percy Jackson, take these wanderings from the source material with a grain of salt and simply enjoy the captivating story. A page-turning adventure that…highlights a rich and relatively unknown mythological heritage that begs to be explored.” —Kirkus Reviews
“With this rich and compelling debut, Lani Forbes has created a vivid world that truly stands out among the rest. Compulsively readable, I was instantly caught up by the intrigue of Ahkin and Mayana’s world and didn’t want to leave. Clear your schedule. You won’t want to put this one down.” —Rachel A. Marks, author of Fire and Bone and the Dark Cycle Trilogy
“In The Seventh Sun, six girls enter, but only one will leave alive. With intriguing magic, a merciless and ancient storyworld, and a brave heroine who is determined not to compromise, Lani Forbes has written a compelling debut. I cheered for Mayana both as she fought to survive and as she tried to win the emperor’s heart. Readers will be clamoring for the sequel.” —Jill Williamson, award-winning author of By Darkness Hid
“The Seventh Sun dazzles as debut author Lani Forbes weaves a rich, complex, supernatural world. Exhilarating new love coupled with deep betrayal plays out against the endless, ominous demand for ritual blood. Mayana, a princess who controls the water, has caught the eye of Ahkin, a prince who controls the sun; together they can make something as beautiful as a rainbow. Deadly forces in the kingdom of Chicome propel the novel to its terrifying climax. This book caught me from the start and refused to let go!” —Alane Ferguson, Edgar Allan Poe Award winner and author of over thirty novels
“With a rich world and even richer characters, Lani’s The Seventh Sun will pull you in and keep you wanting more.” —Kara Barbieri, author of the Permafrost series
“This vivid, historic tale will transport readers to an ancient culture and, along the way, will capture their hearts, as well.” —Merrie Destefano, award-winning author of Valiant
“Lani Forbes delivers lush storytelling, vivid characters, and heart-pounding drama in her compelling debut novel, The Seventh Sun. Featuring ancient civilizations, mythologies, noble families, and obsidian daggers, The Seventh Sun will keep readers fully immersed in the rich cultural experience of the Chicome people. Lani Forbes now joins Leigh Bardugo and Alwyn Hamilton in the ranks of the most talented fantasy authors of today.” —Margo Kelly, award-winning author of Who R U Really? and Unlocked 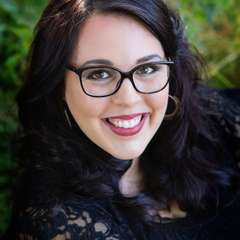 Lani Forbes is the daughter of a librarian and an ex-drug-smuggling surfer, which explains her passionate love of the ocean and books. A California native whose parents live in Mexico, she now resides in the Pacific Northwest, where she stubbornly wears flip-flops no matter how cold it gets. She teaches middle school math and science and proudly calls herself a nerd and a Gryffindor. She is also an award-winning member of the Romance Writers of America and the Society for Children’s Book Writers and Illustrators.