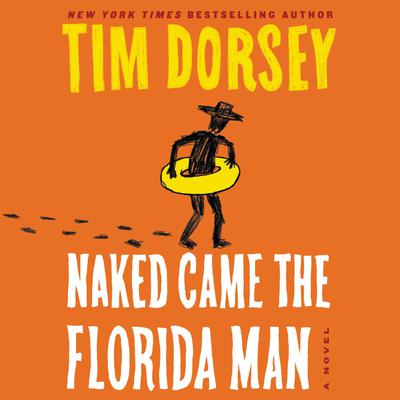 The Serge A. Storms Series: Book 23

The "compulsively irreverent and shockingly funny" (Boston Globe) Tim Dorsey returns with an insanely entertaining tale in which the inimitable Serge A. Storms sees dead people and investigates a creepy urban myth that may be all too real.

Though another devastating hurricane is raking Florida, its awesome power can’t stop the Sunshine State’s most loyal son, Serge A. Storms, from his latest scenic road trip: a cemetery tour. With his best bro Colman riding shotgun, Serge hits the highway in his ’69 gold Plymouth Satellite, putting pedal to the metal on a grand tour of the past. Beginning in Key West, the sunshine boys’ odyssey includes a forgotten mass grave in Palm Beach county holding the remains of African Americans killed by the Great Hurricane of 1928, and the resting place of one world-famous television dolphin (RIP Flipper) from the 1960s.

But one deadland—a haunted old sugar field—holds more than just the bones of those who’ve passed. For years, local children have whispered about a boogeyman hiding among the stalks. Could it be the same maniac known as Naked Florida man who’s been raising hell all over the place?

There are few things Serge loves more than solving a good mystery and bestowing justice on miscreants who sully his beloved home’s good name. With his partner bong boy, Florida’s psycho superhero will find the truth in this hilariously violent delight—packed with history, lore, and plenty of motel antics—from the insanely ingenious Tim Dorsey.

"[A] laugh-out-loud adventure of vigilante Serge A. Storms and his partner in crime, Coleman…with hilarious and rollicking results.” —Newsweek
The satisfying conclusion, where bad guys lose and good guys win, is a hallmark of the series…A humorous story with dark edges.” —Shelf Awareness
“While the emphasis is on humor, Dorsey also demonstrates a masterful ability to create suspense at some point along the way.” —BookReporter
“Narrator Oliver Wyman returns with his own full cast of voices in the latest addition to Dorsey’s Serge Storm series…Wyman masterfully differentiates the characters, male, female, drunk, stoned, and sober, including a precocious teenage girl. Multiple plots over different time periods and locations, along with many characters, make the story a bit challenging to follow as an audiobook. But fans of the series will just go with the flow and enjoy the ride.” —AudioFile