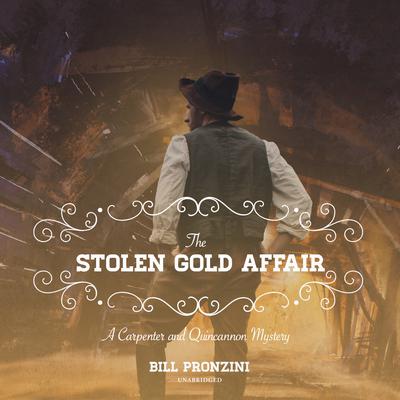 The Stolen Gold Affair: A Carpenter and Quincannon Mystery

By Bill Pronzini
Read by Erica Sullivan  and Mark Peckham

The Carpenter and Quincannon Mysteries: Book 8

In response to a string of gold thefts in a Mother Lode mine, Quincannon goes undercover as a newly hired miner to identify and capture the men responsible.

Meanwhile, Sabina finds herself not only making plans for her and Quincannon’s wedding, but also investigating both an audacious real estate scam and an abusive young man’s villainous secret.

“Attractive characters, a finely tuned plot, and fascinating snippets of California history distinguish this outing. Who could ask for more?” —Publishers Weekly