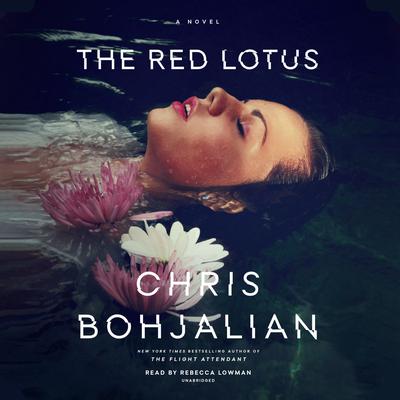 The Red Lotus: A Novel

"Terrific. . . [An] elegant noose of a plot. . . Bohjalian is a pleasure to read. He writes muscular, clear, propulsive sentences. . . As suspenseful as it is, The Red Lotus is also unexpectedly moving - about friendship, about the connections between people and, most of all, about the love of parents for children and of children for parents. Bohjalian is a writer with a big heart and deep compassion for his characters." -- Sarah Lyall, New York Times Book Review From the #1 New York Times bestselling author of Midwives and The Flight Attendant comes a twisting story of love and deceit: an American man vanishes on a rural road in Vietnam, and his girlfriend, an emergency room doctor trained to ask questions, follows a path that leads her home to the very hospital where they met. The first time Alexis saw Austin, it was a Saturday night. Not in a bar, but in the emergency room where Alexis sutured a bullet wound in Austin's arm. Six months later, on the brink of falling in love, they travel to Vietnam on a bike tour so that Austin can show her his passion for cycling and he can pay his respects to the place where his father and uncle fought in the war. But as Alexis sips white wine and waits at the hotel for him to return from his solo ride, two men emerge from the tall grass and Austin vanishes into thin air. The only clue he leaves behind is a bright yellow energy gel dropped on the road. As Alexis grapples with this bewildering loss, and deals with the FBI, Austin's prickly family, and her colleagues at the hospital, Alexis uncovers a series of strange lies that force her to wonder: Where did Austin go? Why did he really bring her to Vietnam? And how much danger has he left her in? Set amidst the adrenaline-fueled world of the emergency room, The Red Lotus is a global thriller about those who dedicate their lives to saving people, and those who peddle death to the highest bidder.

Prepare to carry a sense of dread with you…This heart-pounding thriller is sensationally written. —Zibby Owens, Whats Up Moms
The Red Lotus has Bohjalian’s characteristic suspense and turn-the-page pacing. . . It’s a cautionary bio-horror tale à la The Andromeda Strain and The Hot Zone. —BookReporter
Ominous... An edge-of-your-seat thriller... oh-so-timely. —Amanda St. Amand, St. Louis Post-Dispatch
“Entertaining and eye-opening. —David Templeton, Argus Courier
A must-read global thriller… The Red Lotus… hits Bohjalian’s trademark notes of intricate plot, in-depth research, high tension, and unexpected turns – with a very timely dose of pathogens and biological weapons – in a twisting story of love and deceit… un-put-downable… one of those thrillers that only come along once in a while.— Mystery Tribune —
In this tightly drawn, steadily hair-raising thriller, Bohjalian once again demonstrates his keen affinity for strong, capable female protagonists, while his masterful merging of setting and plot delivers a cerebral and dramatic dive into what happens when love turns to agony. —Booklist
Abetted by shifting points of view, seemingly disparate elements eventually converge to create a burgeoning sense of dread... Tantalizing... Bohjalian manages to keep us guessing and turning pages until the very end. —Kirkus Reviews
[An] intricately plotted thriller... a diabolical plot reminiscent of a Robin Cook thriller. Each character, including secondary players, is carefully drawn, and Bohjalian keeps the tension high all the way to the surprising finale. —Publishers Weekly
"Bohjalian creates... create a nice little knot of fear in your stomach. Add to that the effective use of alternating points of view, some pretty scary speculations about biological warfare, and a compelling view of a country that has risen from the ashes like a phoenix. —Wendy Migdal, Fredericksburg Free Lance-Star
"An intricately plotted, breathless thriller. Ultimately supremely satisfying, this novel takes you on a very twisty -- and twisted -- path. —Jenny Lyons, Addison Independent
"Everything Bohjalian writes is addictive. —Mackenzie Dawson, New York Post
"A tense and timely thrller —People
“[Bohjalian] possesses one of the best-tuned antennas in contemporary fiction for absorbing the troubles, forces, terrors, fortunes, and, yes, plagues that turn the world... Bohjalian’s plots race at the speed of a 747, but there’s no skimming in the complexity or depth of his subject matter [or] precision of his research. —Chris Bollen, Interview
Readers who crave suspense will get it... [W]ith a pandemic plot, The Red Lotus is both prescient and diverting. Bohjalian specializes in well-researched, topical thrillers with complex plots and flawed but principled heroes. —Suzanne Bern, The Washington Post
“With his usual strong plotting and well-conceived characters, Bohjalian’s story unfolds slowly and with terrific pacing. —Alan Rosenberg, The Providence Journal
You’ll keep flipping pages, discover new complex characters, see the mysterious situation from different points of view — and you’ll be surprised at each well-plotted turn. —Katie Yee, Literary Hub
As always, Bohjalian creates a mesmerizing tale, a timely socio-political-business story with human frailties, illusions, dis-illusions, and strengths firmly at its center. —Daneet Steffens, Seattle Review of Books
"This gripping mystery takes all kinds of thrilling twists and turns. A great read. — Minneapolis Star-Tribune
"The Red Lotus is written through the alternate perspectives of a number of well-drawn characters... Those who relished the sudden shocks and well-timed twists of Mr. Bohjalian’s 2018 work, The Flight Attendant, should be well-pleased by his latest book, whose unexpected revelations extend to the final sentence. —Tom Nolan, Wall Street Journal

Chris Bohjalian is the author of more than twenty books, including several that made the New York Times bestselling list. His novel Midwives was a selection of Oprah’s Book Club. His work has been translated into more than thirty languages, and three of his novels have been made into movies.