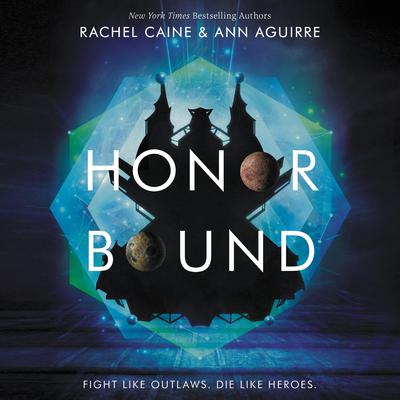 Zara Cole was a thief back on Earth, but she’s been recently upgraded to intergalactic fugitive. On the run after a bloody battle in a covert war that she never expected to be fighting, Zara, her co-pilot Beatriz, and their Leviathan ship Nadim barely escaped the carnage with their lives.

Now Zara and her crew of Honors need a safe haven, far from the creatures who want to annihilate them. But they’ll have to settle for the Sliver: a wild, dangerous warren of alien criminals. The secrets of the Sliver may have the power to turn the tide of the war they left behind—but in the wrong direction.

Soon Zara will have to make a choice: run from the ultimate evil—or stand and fight.

Rachel Caine is the New York Times and USA Today bestselling author of more than fifty novels, including the Weather Warden series, the Outcast Season series, the Revivalist series, and the Morganville Vampires series, which includes Bitter Blood, Black Dawn, Last Breath, and Bite Club. She is also the author of Prince of Shadows, a new spin on the classic tale of Romeo and Juliet. She was born at White Sands Missile Range, which people who know her say explains a lot. She has been an accountant, a professional musician, an insurance investigator, and, until recently, carried on a secret identity in the corporate world as a communications executive. She and her husband, fantasy artist R. Cat Conrad, live in Texas.

Ann Aguirre, New York Times and USA Today bestselling author, has been a clown, a clerk, a savior of stray kittens, and a voice actress, not necessarily in that order. She grew up in a yellow house across from a cornfield, but now she lives in Mexico with her husband and children. She writes all manner of genre fiction for adults and teens.