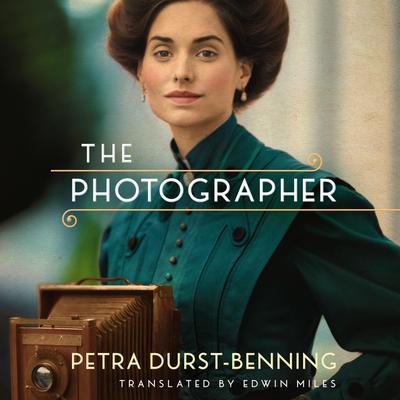 From the bestselling author of The Glassblower Trilogy comes an inspiring historical saga of a female photographer who must defy convention to live her dreams in turn-of-the-century Germany.

In 1905, on her twenty-sixth birthday, Mimi Reventlow receives a marriage proposal from the vicar of her family’s church. But a future of housework, childcare, and servicing a parish doesn’t appeal to the restless and unconventional Mimi. She has ambitions of her own—to follow in the footsteps of her beloved uncle Josef and become a traveling photographer. Leaving behind all that has been mapped out for her, Mimi dares to pursue her passion and sets out alone to make her own mark.

A visit to her ailing uncle in the idyllic mountain town of Laichingen, Germany, pauses Mimi’s journey. Here, among provincialism and rejection, she struggles to find her place within a vibrant but wary community. But Mimi’s resilience is only strengthened by adversity. Her courage is indomitable. Maybe here, among surprising kindred spirits and longing hearts, in a place she never expected, Mimi’s dreams might be coming into focus.

Petra Durst-Benning has developed a loyal following for her well-researched historical novels in her native Germany, where she lives with her husband. She has written more than a dozen books, many of which have gone on to be bestsellers. Her love of the United States dates back many years. She visited frequently as a child and developed a passion for American bestsellers, which went on to inspire her own writing career in later years. The Glassblower’s English-language debut is, in many ways, the fulfillment of a girlhood dream.