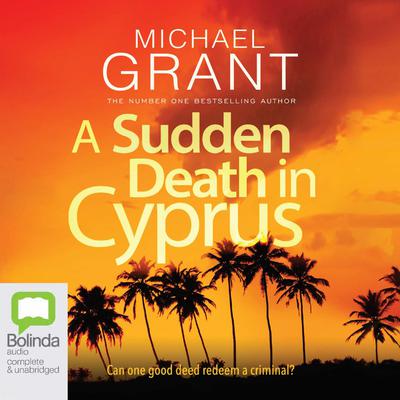 A Sudden Death in Cyprus

David Mitre has a very unusual set of skills, skills he has acquired over a long criminal career. Skills that make him an irritant for people like the FBI. Hiding among the ex-pat community of the Greek islands, his cover is blown when he is witness to a stabbing on a Cyprus beach.

The FBI want answers and David is given an ultimatum; solve the murder or face imprisonment for his own crimes. Coerced into playing detective, David unwittingly uncovers a criminal enterprise far worse than anything he could have imagined.