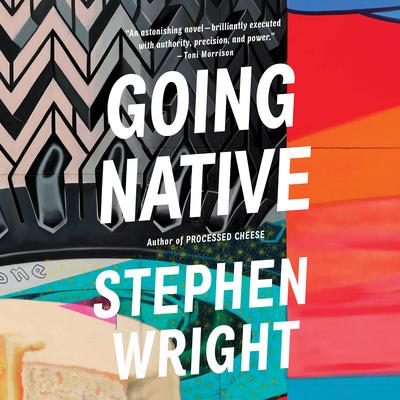 By Stephen Wright
Read by Will Collyer

A dutiful husband and father walks out of his life and into a road trip from hell, in a novel Toni Morrison calls "Astonishing" and Don Delillo calls "A slasher classic . . . strange, dark, and funny."

Wylie Jones has a happy marriage, beautiful children, backyard barbecues in his tastefully decorated suburban house. One night he follows a sudden impulse, leaves his wife in bed and commandeers his neighbor's emerald-green Ford Galaxy 500, driving away without a second look. He sheds all traces of his old life in favor of a new name and a new life, and drives from town to town, following his deepest impulses where they lead.

By turns scathing and hilarious, writing an outrageous rollercoaster of sex and violence, Stephen Wright probes the nihilistic and savage core of the American identity.

“A road novel, a diabolic picaresque, a pilgrim’s progress that becomes a dance of death, a voyage to the end of night, an executioner’s song…An impressive literary performance.” —Wall Street Journal
“An uncompromising…version of On the Road…Chilling and often brilliant.” —New York Times

Stephen Wright is a New York–based novelist known for his use of surrealistic imagery and dark comedy. His work has varied from hallucinatory accounts of war, a family drama among UFO cultists, a carnivalesque novel on a serial killer, to a Civil War picaresque. He has taught writing courses at various universities, including Princeton University, Brown University, and the New School.