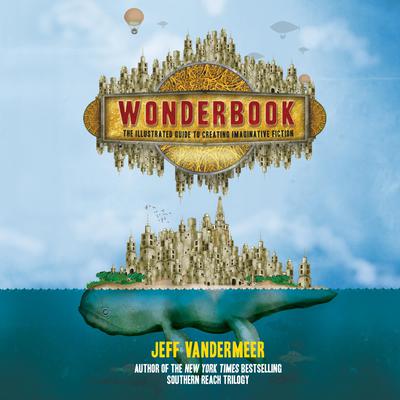 Wonderbook, Revised and Expanded: The Guide to Creating Imaginative Fiction

Wonderbook has become the definitive guide to writing science fiction and fantasy by offering an accessible, example-rich approach that emphasizes the importance of playfulness as well as pragmatism. The book features sidebars and essays from some of the biggest names working in the field today, including George R. R. Martin, Lev Grossman, Neil Gaiman, Michael Moorcock, and Karen Joy Fowler.

For the fifth anniversary of the original publication, Jeff VanderMeer has added writing exercises, creating the ultimate volume of inspiring advice .

“Wonderbook is one of the best books about writing I’ve ever read or experienced.” —Nnedi Okorafor, author of the Binti and Akata Witch series
“Aspiring writers of imaginative fiction—whether science fiction, fantasy, or other kinds—are in for a treat.” —SPACE.com
“There’s one book that every speculative fiction writer should read to learn about proper world-building: Wonderbook by Jeff VanderMeer. This handy how-to guide deserves a spot on your writer’s bookshelf.” —Bustle

Jeff VanderMeer is an award-winning novelist and editor. His fiction has appeared in the Library of America’s American Fantastic Tales and in multiple anthologies. His recent books have made the year’s best books lists of Publishers Weekly, San Francisco Chronicle, and Amazon.com. Annihilation won the Nebula Award and the Shirley Jackson Award and was adapted into a Paramount Pictures movie by Alex Garland, starring Natalie Portman and Jennifer Jason Leigh. His other awards include World Fantasy Awards, Locus Award, Shirley Jackson Award, and the British Science Fiction Association award for nonfiction, France’s Le Cafard Cosmique, and Finland’s Tähtifantasia Award. He is the cofounder and assistant director of Shared Worlds, a unique fantasy and science fiction writing camp for teenagers.