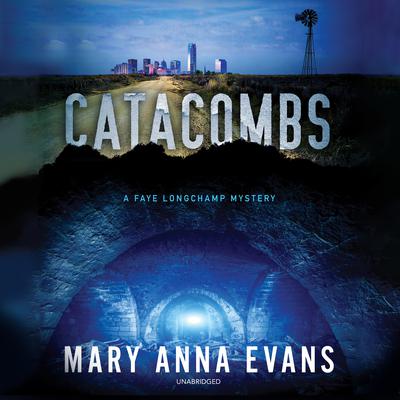 What secrets lie deep beneath the surface?

A deafening explosion rocks a historic Oklahoma City hotel, sending archaeologist Faye Longchamp-Mantooth crashing to the marble floor of the lobby. She’s unhurt but shaken―after all, any time something blows up in Oklahoma City, the first word on everyone’s lips is the same: bomb.

Faye is in town for a conference celebrating indigenous arts but is soon distracted by the aftermath of the explosion, which cracks open the old hotel’s floor to reveal subterranean chambers that had housed Chinese immigrants a century before. Faye is fascinated by the tunnels, which are a time capsule back to the early twentieth century―but when the bodies of three children are discovered deep beneath the city, her sense of discovery turns to one of dread.

“Evans’s fast-paced, well-plotted twelfth Faye Longchamp mystery…blends nail-biting action with a remarkable view of the secret world that lies beneath Oklahoma City, based on an underground community that actually existed a century ago, as an author’s note explains. Those who like richly textured, character-driven mysteries will be rewarded.” —Publishers Weekly
“Evans’ description of the [bombing] scene amounts to a stunning set piece…Overall, a solid entry—based in part on an actual Oklahoma bombing—in a popular series.” —Booklist

Mary Anna Evans is the author of the Faye Longchamp archaeological mysteries, which have received recognition including the Benjamin Franklin Award, the Mississippi Author Award, and three Florida Book Awards bronze medals. She is an assistant professor at the University of Oklahoma, where she teaches fiction and nonfiction writing.