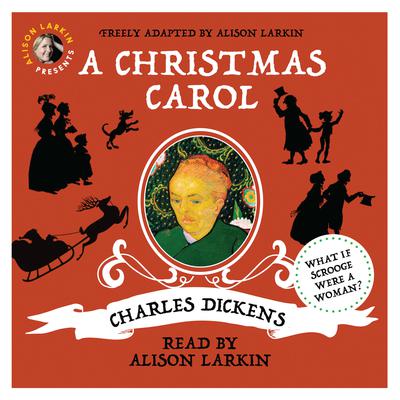 Following her recent adaptation of Great Expectations, bestselling novelist and award-winning audiobook narrator Alison Larkin changes the gender of Scrooge in this exciting new recording of A Christmas Carol.

It's the same beloved Christmas story - only one thing has changed. In this version, Scrooge is a woman.

Everything else, though, is pure Dickens. So, the characters around Scrooge behave as if it were quite normal for a woman to learn to read and write, fall in love with and reject a woman and have the kind of career only men could dream of in 1843.

It's an irresistible question. If gender had been simply irrelevant in the 19th century where would we all be now?

“Larkin’s performance skills are superb. She provides an engaging romp through nineteenth-century London at Christmas. Her spirited style infuses the production with flair and personality, breathing life into Scrooge and all she encounters, ghosts included. Furthering the listening experience is the music throughout. Both the instrumental rendition of ‘God Rest Ye Merry, Gentlemen’ book-ending the audiobook and Larkin’s own singing between ensure that one cannot help but feel the holiday spirit.” —Audiofile
“Alison Larkin is brilliant…Hugely entertaining.” —Time