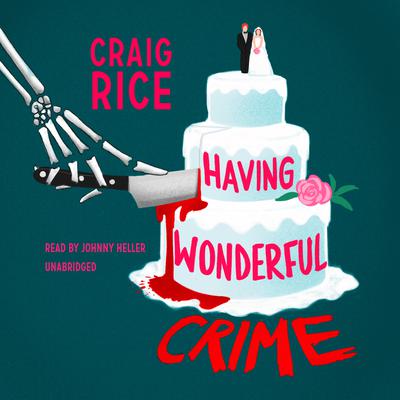 A Chicago attorney scours the Big Apple for a missing bride and a wedding-night murderer in a mystery that’s “Miss Rice at her best” (The New Yorker).

On a break from the Windy City, aspiring crime novelist Jake Justus and his wife, Helene, are acquainting themselves with Manhattan’s finest cocktail lounges when they befriend Dennis Morrison, a blind-drunk groom. The handsome former male escort thought he’d found his bounty in homely heiress Bertha Lutts, but while their wedding night may have been a bust, the morning after turned out to be the real horror. It seems Bertha has vanished from their bridal suite and in her place is an unidentified beheaded woman. Having taken a shine to Dennis, Jake and Helene call on his best defense: Chicago attorney John J. Malone.

Winding his way through both the city’s low lives and its high society, Malone quickly discovers a link between the nameless victim, the missing bride, and a slick gigolo: a bohemian Greenwich Village poetess who is free with her verse, knows more than she realizes, and is becoming more frightened with every New York minute. But when Dennis disappears as well, Malone’s left with the itchy feeling that another dead end is right around the corner.

“Miss Rice at her best.” —New Yorker
“Narrator Johnny Heller breathes life into this aging mystery—it’s been almost eight decades since the novel’s debut—and the result is like a fine art restoration…Johnny Heller is the ideal narrator for this audiobook (and for the complete Malone mystery series) because he knows how to express quirkiness and humor while still maintaining the dramatic narrative.” —AudioFile
“Rice made the screwball mystery her specialty with wacky characters, outrageous situations, and a sense of pure fun.” —TCM.com, praise for the series
“Why can’t all murders be as funny as those concocted by Craig Rice?” —New Yorker, praise for the series