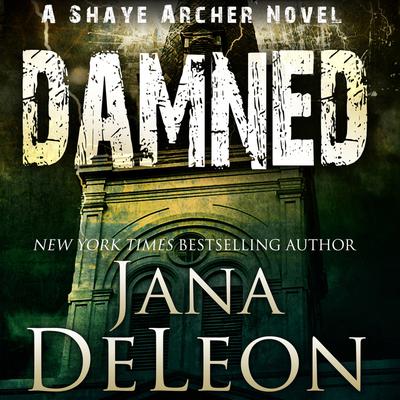 When young priest Nicolas Chatry took his vows, he thought the hardest thing he'd have to deal with was accomplishing his duties from a wheelchair. Until a murderer steps into the confessional. Unable to recognize the voice or maneuver quickly enough to get a look at the killer, Nicolas has no way of identifying who admitted to such a horrific deed. And even if he did, his vows prevent him from telling anyone about it.

Unable to live with the knowledge that a predator is walking the streets of New Orleans, Nicolas breaks his vows and hires Shaye to do the impossible - find the killer before he strikes again.

Jana DeLeon is the USA Today bestselling author of four novels and several series of cozy mysteries, including the Miss Fortune Mysteries, Ghost-in-Law Series, Shaye Archer novels, and the Mystere Parish series, among others. She has was raised in southwest Louisiana among the bayous and gators. Her hometown is Carlyss, but you probably won’t find it on a map. Her family owned a camp located on a bayou just off the Gulf of Mexico that you could only get there by boat. The most important feature was the rope hammock hanging in the shade on a huge deck that stretched out over the water where Jana spent many hours reading books.