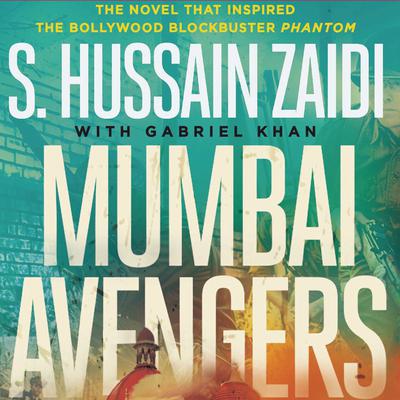 Five years after 26 / 11, the siege of terror in Mumbai that brought the country to its knees, India still seeks justice. The terrorists who planned it have disappeared into the darkness they emerged from, and Mumbai seethes with fury.

All the Indian government has achieved is the establishment of counterterrorism committees. But one man will stop at nothing in his quest to avenge the dastardly act. Retired Lt Gen. Sayed Ali Waris of the Indian army masterminds a covert mission with a team of daredevil agents: a sharp policeman, a suave tech expert, a cerebral scientist and two battle-hardened army officers. They strike like lightning even as they are pursued by the Pakistani army and the ISI, combing through every land and possibility in pursuit of the deadly killers. From Sweden to Istanbul, through Dubai, Pakistan and Singapore, they annihilate the perpetrators with single-minded focus, veiling the deaths as natural ones to save the Indian government diplomatic and political embarrassment. The stakes have never been higher.

This is a nifty, edge-of-your seat thriller with an intricate plot and jaw-dropping twists. As Waris and his team navigate untold dangers towards a nail-biting climax, will Mumbai be finally avenged?

S. Hussain Zaidi is a Mumbai-based journalist, a veteran of investigative, crime and terror reporting. He has worked for the Asian Age, Mumbai Mirror, Mid-Day and Indian Express. His previous books include bestsellers such as Black Friday, Mafia Queens of Mumbai, Dongri to Dubai and Byculla to Bangkok. Black Friday and Dongri to Dubai have been adapted into the Bollywood films Black Friday and Shootout at Wadala respectively. He lives with his family in Mumbai.