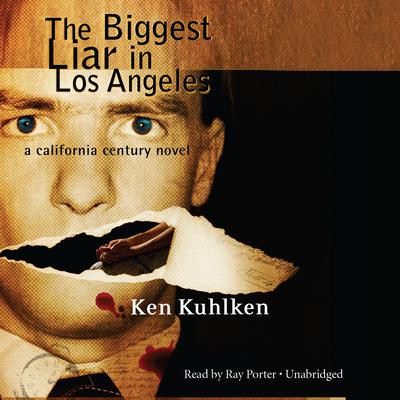 The Biggest Liar in Los Angeles

In 1926, musician Tom Hickey reads in a broadside about a lynching that the Los Angeles newspapers failed to report and discovers that the Negro victim was an old friend. When his neighbor, an LAPD detective, confirms that, officially, the lynching didn’t occur, Hickey decides to investigate the murder. The investigation earns Tom beatings, gunfire meant to dissuade him, and warnings from a Klansman that he’s made some formidable enemies. Among them may be infamous Police Chief Two Gun Davis, Examiner publisher and political heavyweight William Randolph Hearst, and Harry Chandler, owner of the Times, who owns more land than any man in the world.

Ken Kuhlken earned degrees in literature and writing from San Diego State University and the University of Iowa and was awarded a National Endowment for the Arts fellowship. He has been a frequent contributor and a columnist for the San Diego Reader. His stories have appeared in Esquire and numerous other magazines and anthologies and have been honorably mentioned in Best American Short Stories. His novels have won several awards. Midheaven was a finalist for the Hemingway Foundation/PEN Award. The Loud Adios won the St. Martin’s Press / Private Eye Writers of America Best First PI Novel contest, and The Do-Re-Mi was named a January Magazine Best Book of 2006 and was a finalist for the 2006 Shamus Award.