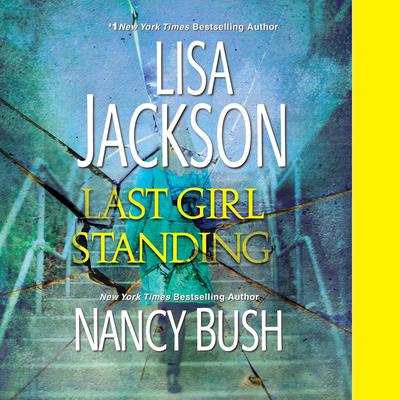 By Lisa Jackson  and Nancy Bush
Read by Angela Dawe

New York Times bestselling Sisters of Suspense join forces for a gripping standalone novel about a clique of popular girls whose high school friendship is marked by a tragedy that continues to haunt them decades later.

Who's turn will it be next?

At Bristol High they were an elite clique known as the Five Firsts: Amanda, Bailey, Carmen, Delta and Zora . . . ABCD & Z. They could have accepted their classmate, Emmy, as "E", but she was too bookish and a scholarship student to boot, so they rejected her and chose wealthy Zora instead.

At a pre-graduation party just before the end of senior year, Lance Ventura, the hottest guy in school, falls down an embankment toward the river and is barely rescued in time to save his life. One of the Five Firsts, Carman, rushes to save him, but isn't so lucky. Her sudden death causes a community to mourn and rumors of foul play to swirl, but the tragedy is ruled an accident.

Fast forward ten years and the classmates all meet again at the high school reunion. Some of them have had good fortune in their lives. Others, not so much.

Lisa Jackson is a New York Times and USA Today bestselling author of numerous series and stand-alone works. She has written over eighty-five novels, primarily in the romance and suspense genres. She won the RT Book Reviews Award for best romantic suspense novel in 2007. She also coauthors the Colony series with Nancy Bush.

Nancy Bush is a New York Times and USA Today bestselling author who has been writing for over thirty years. She and her sister, author Lisa Jackson, began their writing careers in romance and through separate paths found their way to romantic suspense, mysteries and thrillers. Nancy’s novels include Nowhere Safe, Nowhere to Run, Nowhere to Hide, and Something Wicked.