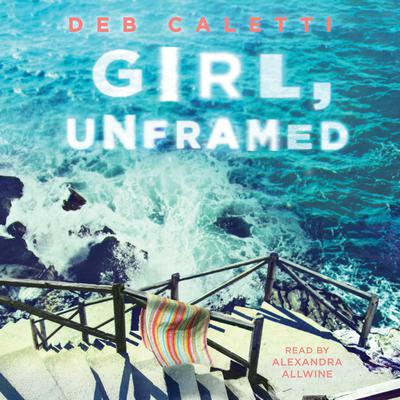 A teen girl’s summer with her mother turns sinister in this gripping thriller about the insidious dangers of unwanted attention, from Printz Honor medal–winning and National Book Award finalist author Deb Caletti—perfect for fans of Courtney Summers’s Sadie.

Sydney Reilly has a bad feeling about going home to San Francisco before she even gets on the plane. How could she not? Her mother is Lila Shore—the Lila Shore—a film star who prizes her beauty and male attention above all else…certainly above her daughter.

But Sydney’s worries multiply when she discovers that Lila is involved with the dangerous Jake, an art dealer with shady connections. Jake loves all beautiful objects, and Syndey can feel his eyes on her whenever he’s around. And he’s not the only one. Sydney is starting to attract attention—good and bad—wherever she goes: from sweet, handsome Nicco Ricci, from the unsettling construction worker next door, and even from Lila. Behaviors that once seemed like misunderstandings begin to feel like threats as the summer grows longer and hotter.

It’s unnerving, how beauty is complicated, and objects have histories, and you can be looked at without ever being seen. But real danger, crimes of passion, the kind of stuff where someone gets killed—it only mostly happens in the movies, Sydney is sure. Until the night something life-changing happens on the stairs that lead to the beach. A thrilling night that goes suddenly very wrong. When loyalties are called into question. And when Sydney learns a terrible truth: beautiful objects can break.

“A brilliant coming-of-age story wrapped in a page-turning thriller…Ultimately hopeful, this is one for fans of realistic contemporary dramas, with a side of mystery, and excellent writing throughout.” —School Library Journal (starred review)
“Narrator Alexandra Allwine maximizes the tension in this YA page-turner…Allwine emphasizes Syd’s strong internal voice, her powers of wonder, her intellect, her struggles with sexual awakening, and her determination…Each chapter begins with a courtroom exhibit that adds to the driving plot. Winner of the AudioFile Earphones Award.” —Audiofile
“A perceptive examination of a young woman’s journey to understand the contradictions in the ways women are perceived.” —BookPage (starred review)
“Caletti uses the Turner incident as the scaffold for a gimlet-eyed examination of the vulnerability of women and, especially, teen girls in the contemporary world.”  —Bulletin of the Center for Children’s Books (starred review)
“With a subtle, believable twist that encapsulates this particular mother/daughter relationship, Caletti delivers the near impossible: a page-turner grounded in thoughtful feminism.” —Booklist (starred review)
“A frank, engrossing examination of the ways society complicates young women’s burgeoning sexuality.” —Kirkus Reviews (starred review)

Deb Caletti is an award-winning author and a National Book Award finalist whose books include He’s Gone; Honey, Baby, Sweetheart; The Queen of Everything; and The Secret Life of Prince Charming. Her books are published and translated worldwide. She lives with her family in Seattle.