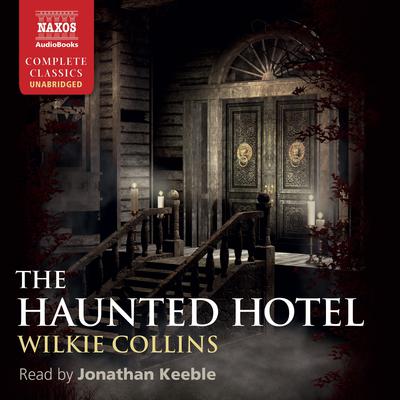 The Haunted Hotel: A Mystery of Modern Venice

A Booklist Pick of Audiobooks of the Month

When Lord Montbarry dies suddenly in his Venice palace, and his courier goes missing, suspicion is instantly thrown on his new wife, the beautiful Countess Narona, who has collected his life insurance and fled to America. Montbarry’s former fiancé Agnes, still harbouring feelings for him, and Henry Westwick, Montbarry’s younger brother, decide to investigate this tragedy and head for the palace, now a hotel. Not long after their arrival they experience strange and unsettling occurrences, and the circumstances of Montbarry’s death begin to unravel...

Wilkie Collins (1824–1889) was an English novelist. He studied law and was admitted to the bar but never practiced. Instead, he devoted his time to writing and is best known for his novels The Woman in White, No Name, Armadale, and The Moonstone, which has been called the finest detective story ever written. A number of his works were collaborations with his close friend, Charles Dickens. The Woman in White so gripped the imagination of the world that Wilkie Collins had his own tombstone inscribed: “Author of The Woman in White.”