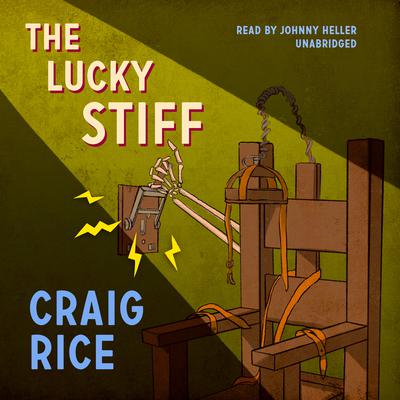 Wrongly convicted of murder, a death-row chorus girl lives for revenge, in this novel from “the grand dame of mystery mixed with screwball comedy” (Ed Gorman).

Anna Marie St. Clair was a normal Wisconsin-farm-girl-turned-mistress when she was framed for the murder of her racketeer boyfriend, one of Chicago’s sleaziest politicians. Sentenced to death, and only hours from getting fried, a lucky hitch sets Anna Marie free, but she blackmails the corrupt warden into informing the tabloids that she took her volts like a real trouper. What better payback than to haunt the lives of those who tried to steal hers? As the shapeliest ghost in the Windy City, she’s going to prove that dying well is the best revenge.

Even luckier for Anna Marie, she has enthusiastic backup: attorney John J. Malone, who’s got a soft spot for scrappy dames; her best friend, nightclub stripper Milly Dale; and crime reporter Jake Justus and his wife, Helene, who are always game for adventure. But when navigating the criminal underworld gets a little too spirited, there’s no telling who’s going to end up dead.