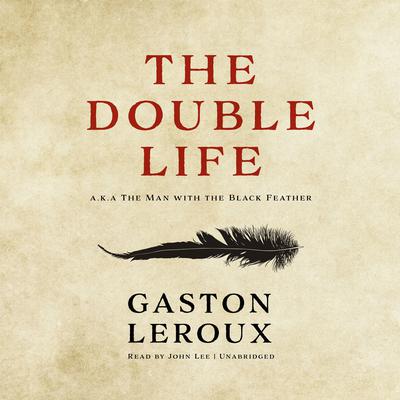 The Double Life: Or, The Man with the Black Feather

A man named Adolphe visits Leroux at his office at the Morning Journal and delivers to him a chest that was bequeathed to him by his friend Theophraste Longuet. Leroux begins investigating its contents and relates the very strange experience of Longuet.

While visiting a famous prison, Theophraste Longuet, a retired rubber stamp manufacturer, is possessed by the spirit of Cartouche, a criminal who plagued Paris in the eighteenth century. This wicked spirit overcomes Longuet more and more frequently, and Longuet begins, unwittingly, to commit the crimes for which Cartouche was known in the past.

Gaston Leroux (1868–1927), French novelist, was born in Paris. He earned a law degree in 1889 but turned to journalism in his mid twenties and later sailed the world as a correspondent, reporting on the Russian Revolution of 1905. In the early 1900s, he began writing novels and became best known for The Phantom of the Opera (1910). His novel The Mystery in the Yellow Room sparked the development of detective fiction as a genre.