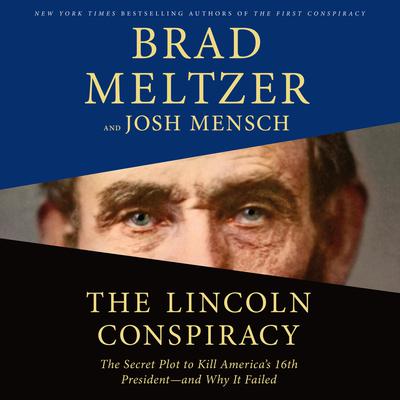 The Lincoln Conspiracy: The Secret Plot to Kill America's 16th President--and Why It Failed

A Real Book Spy Pick of Thrillers Coming Out in 2020

The bestselling authors of The First Conspiracy, which covers the secret plot against George Washington, now turn their attention to a little-known, but true story about a failed assassination attempt on President Lincoln

﻿Everyone knows the story of Abraham Lincoln’s assassination in 1865, but few are aware of the original conspiracy to kill him four years earlier in 1861, literally on his way to Washington, DC, for his first inauguration. The conspirators were part of a pro-Southern secret society that didn’t want an antislavery president in the White House. They planned an elaborate scheme to assassinate the brand-new president in Baltimore as Lincoln’s inauguration train passed through en route to the Capitol.

The plot was investigated by famed detective Allan Pinkerton, who infiltrated the group with undercover agents, including one of the first female private detectives in America. Had the assassination succeeded, there would have been no Lincoln Presidency, and the course of the Civil War and American history would have forever been altered.

“[A] harrowing story…Every page is mesmerizing and eye-opening. A must-read!” —Douglas Brinkley, New York Times bestselling author
“Brick can make a nursery rhyme sound exciting, and he’s on fire in this audiobook. His enthralling voice builds excitement as he delivers the narrative…The work is hypnotic and transports the listener to an America that was sharply divided by a president, a situation eerily familiar.” —AudioFile
“Tak[es] deep dives into Lincoln’s life and the prevailing attitudes toward race and politics at the time.” —NPR
“A historical work that reads like a page-turning thriller.” —BookReporter
“A brisk political thriller…A sharply drawn episode.” —Kirkus Reviews
“Meltzer and Mensch maintain suspense despite the known outcome of the story and convincingly counter claims that Pinkerton made the whole thing up for publicity purposes.” —Publishers Weekly
“The mentality, movements, and means of Pinkerton and his agents makes for a revealing look inside the world of secessionist fanaticism.” —Library Journal
“The Lincoln Conspiracy not only revitalizes history, it transforms it, turning its principal player into a flesh and blood defender of everything the republic stands for and the target of a malevolent cabal that went awry long before the ill-fated night at Ford’s Theatre. Fantastic. You’ll never look at Abraham Lincoln the same way again.” — Les Standiford, author of Last Train to Paradise