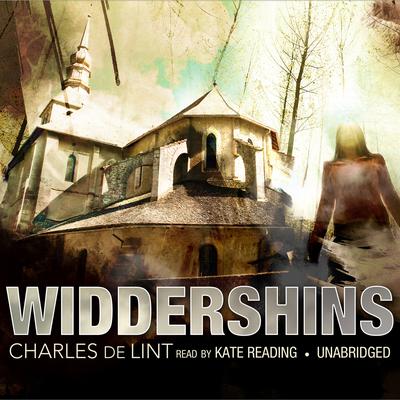 Ever since Jilly Coppercorn and Geordie Riddell were introduced in de Lint’s first Newford story, “Timeskip,” back in 1989, their friends and readers alike have been waiting for them to realize that they belong together. Now, in Widdershins, a stand-alone novel of fairy courts set in shopping malls and the Bohemian street scene of Newford's Crowsea area, Jilly and Geordie’s story is finally being told. Before it’s over, we’ll find ourselves plunged into the rancorous and sometimes violent conflict between the magical North American “animal people” and the more newly arrived fairy folk. We’ll watch as Jilly is held captive in a sinister world based on her own worst memories—and Geordie, attempting to help, is sent someplace even worse. And we’ll be captivated by the power of love and determination to redeem ancient hatreds and heal old magics gone sour.

To walk “widdershins” is to walk counterclockwise or backwards around something. It’s a classic pathway into the fairy realm. It’s also the way people often back slowly into the relationships that matter, the real ones that make for a life. In Widdershins, Charles de Lint has delivered one of the most accessible and moving works of his career.

“[A] pleasing addition to the popular Newford saga…inevitably recalls Neil Gaiman’s American Gods, to which this more intimate and folksy book compares favorably.” —Publishers Weekly
“As familiarly as though he were chronicling the lives of old friends, de Lint spins yet another magical story of the intersections between reality and the faerie and spirit world in this latest addition to the Newford opus, his twin loves of storytelling and music-making shining through every page...Highly recommended.” —Library Journal (starred review)
“De Lint weaves the individual characters’ stories into a tight-knit whole, accompanied by music, love, pugnacity, frustration, and healing. Many of his faithful readers see the people he has created as kin they want to keep up with. Walk widdershins (i.e., counterclockwise) once and you may, too.” —Booklist (starred review)
“Widdershins is easily one of de Lint’s best books…an excellent, heartfelt read that delivers a satisfying conclusion. De Lint fans would be foolish to miss this book, and urban fantasy readers will find a lot to enjoy here.” —SFSite.com
“De Lint is a master stylist, and the tale of Jilly and Geordie’s slow but inevitable coming together is told with extraordinary sensitivity and grace…Emotionally resonant.” —RT Book Reviews (4½ stars, Top Pick!)