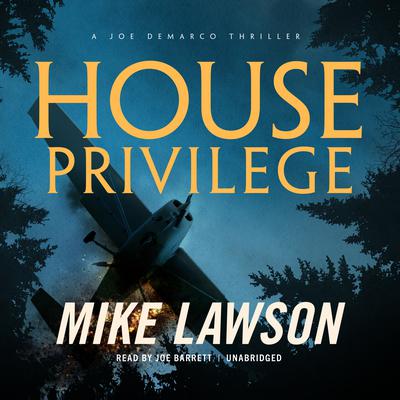 A Booklist Pick of the Month

In House Privilege, the fourteenth novel in the Joe DeMarco series, Mike Lawson sends his likeable protagonist to Boston, into the world of hedge funds and trust funds.

When Congressman and DeMarco’s long-time employer John Mahoney gains custody of his fifteen-year-old goddaughter, Cassie Russell, he sends DeMarco to evaluate the situation. Cassie’s parents have just perished in a plane crash that Cassie survived, and she has now inherited her father’s billions. DeMarco plans to advise Mahoney to leave Erin Kelly, manager of the Russell’s fund, in charge of Cassie’s finances, but he soon learns that Erin may not be as trustworthy as she first appeared.

DeMarco’s digging alarms Erin, who has much to hide, and sets in motion a series of increasingly drastic plans that Erin has devised to protect herself and her wealth. But Cassie has touched DeMarco’s heart of gold, and he won’t let anyone get away with hurting her. A competition in plotting and out-plotting, this latest installment in the series ventures off the grid and outside the reach of extradition treaties for an exhilarating read.

“Excellent…No surprise, the resourceful Demarco finds ingenious ways to solve all the problems. The author’s felicitous style will keep readers smiling throughout. Lawson remains at the top of his game.” —Publishers Weekly (starred review)
“Smooth operator is a flexible idiom that can mean a charming person who manipulates others easily with a gracious skill set, or it can mean a clever scoundrel. Joe DeMarco, a fixer for a corrupt congressman, can assume either persona on an ad hoc basis….As always, justice is done, legalities be damned, and off goes DeMarco for a long-overdue game of golf in sunny Florida. This is a consistently entertaining, well-crafted series.” —Booklist (starred review)