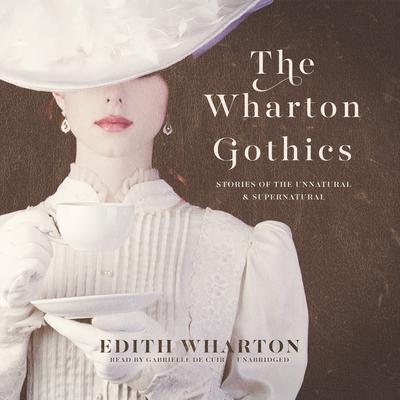 The Wharton Gothics : Stories of the Unnatural and the Supernatural

An original compilation of eight of Edith Wharton’s gothic stories

A ghostly presence in “The Lady’s Maid’s Bell” desires revenge against a tyrannical husband. In “Mr. Jones,” Lady Jane Lynke inherits an estate unexpectedly, and can’t make sense of how to manage the servants—especially since the caretaker has been dead for decades, but keeps giving orders. Meanwhile, in “Afterward,” a newly wealthy American couple moves into a large, isolated house in southern England complete with a ghost … and the mysteries surrounding the husband’s business are slowly uncovered. In “The Hermit and the Wild Woman,” the “hermit,” while a young boy, witnessed the killing of his family during an attack on his town. As a result of this trauma, he has retreated into isolation—until he meets a “wild woman” who comes to live nearby. These are just a few of the wonderful and unnerving tales gathered together in this new compilation of Wharton’s gothic stories.