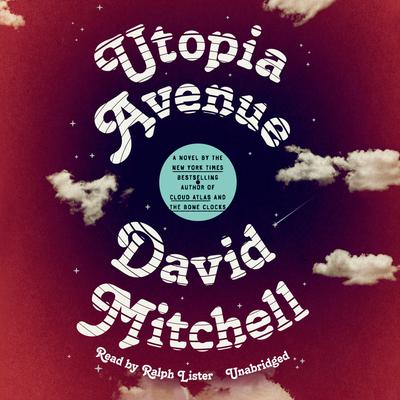 The long-awaited new novel from the bestselling, prize-winning author of Cloud Atlas and The Bone Clocks. Utopia Avenue is the strangest British band you’ve never heard of. Emerging from London’s psychedelic scene in 1967, and fronted by folk singer Elf Holloway, blues bassist Dean Moss and guitar virtuoso Jasper de Zoet, Utopia Avenue embarked on a meteoric journey from the seedy clubs of Soho, a TV debut on Top of the Pops, the cusp of chart success, glory in Amsterdam, prison in Rome, and a fateful American sojourn in the Chelsea Hotel, Laurel Canyon, and San Francisco during the autumn of ’68. David Mitchell’s kaleidoscopic novel tells the unexpurgated story of Utopia Avenue’s turbulent life and times; of fame’s Faustian pact and stardom’s wobbly ladder; of the families we choose and the ones we don’t; of voices in the head, and the truths and lies they whisper; of music, madness, and idealism. Can we really change the world, or does the world change us?

“In 2020, there is something utopian about the idea of people gathering together to make and record and play music, to create a scenius together. We’ll get back to the garden someday.” —Los Angeles Times
“A conventional story of a band’s rise turns into a book on another plane entirely.” —New Yorker
“Utopia Avenue’s got all the sex, drugs, and broken dreams you want in a rock novel, plus guest appearances by Jagger, Jerry, Janis, and Jim (Morrison).” —Philadelphia Inquirer
“A gritty, richly detailed fable from rock’s golden age…It’s realistic indeed and just the thing for pop music fans of a bygone era that’s still very much with us.” —Kirkus Reviews (starred review)
“Mitchell’s magical, much anticipated latest is a rollicking, rapturous tale of 1960s rock ‘n’ roll . . . delivering more fun, more mischief, and more heart than ever before. This is Mitchell at his best.” —Publishers Weekly (starred review)
“A compelling and multitextured look at the 1960s…Evokes the psychedelic age with a bravura mix of telling details and richly composed portraits of iconic figures…It’s a foot-tapping ode to rock music…Mitchell continues to use the rhythms of surface reality to dig much deeper, but without ever losing the beat.” —Booklist (starred review)
“Fans of Mitchell…have long been aware of his passion for music. That love, deployed with his usual narrative high jinks, is on full display in this story of a London rock band’s rise to fame in the Swinging Sixties.” —New York Times Book Review