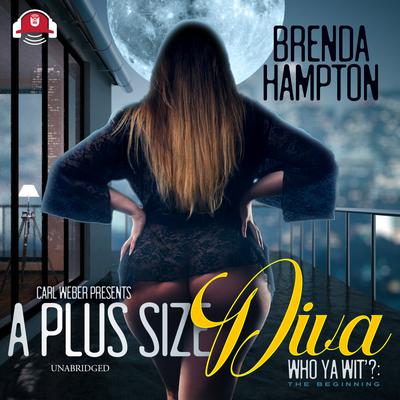 A Plus Size Diva: The Beginning

The Who Ya Wit’ Series: Book 1

At the age of forty, Desa Rae Jenkins may be classified as over the hill, but with voluptuous curves in all the right places, she attracts Roc Dawson, one of the sexiest men alive, who happens to be almost half her age. He excites her like no other man has, but from Roc’s playa-hating uncle Ronnie to the baby-mama drama that comes to her doorstep, Desa Rae is forced to make a decision that could set her free from the man she’s fallen in love with.

The mere thought of Desa Rae ending their relationship sends Roc packing, and he must reevaluate what he has always known as the street life. If he wants to keep this bona fide diva on his team, he has to make his case for black love and leave the past behind. Then again, so does Desa Rae, especially when her ex-husband, Reggie, jumps back into the picture, causing more secret skeletons to be revealed.

Brenda Hampton is an Essence magazine bestselling author. She was named a favorite female fiction writer by Upscale magazine, as well as best female writer by readers and Infini Promoters. She manages her own insurance business in the St. Louis metropolitan area.