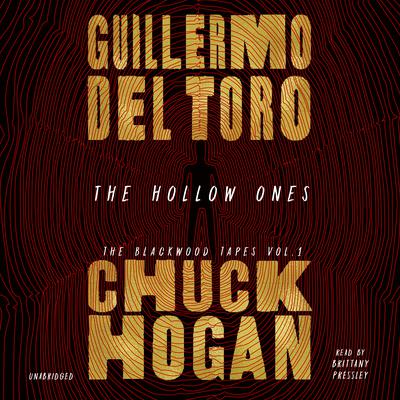 A horrific crime that defies ordinary explanation. A rookie FBI agent in dangerous, uncharted territory. An extraordinary hero for the ages.

Odessa Hardwicke’s life is derailed when she’s forced to turn her gun on her partner, Walt Leppo, a decorated FBI agent who had suddenly, inexplicably turned violent while apprehending a rampaging murderer. The shooting, justified by self-defense, shakes the young FBI agent to her core. Devasted, Odessa is placed on desk leave pending a full investigation. But what most troubles Odessa isn’t the tragedy itself—it’s the shadowy presence she thought she saw fleeing the deceased agent’s body after his death.

Questioning her future with the FBI and her sanity, Hardwicke accepts a low-level assignment to clear out the belongings of a retired agent in the New York office. What she finds there will put her on the trail of a mysterious figure named John Silence, a man of enormous means who claims to have been alive for centuries and who is either an unhinged lunatic or humanity’s best and only defense against unspeakable evil.

“Guillermo del Toro and Chuck Hogan have yet another twisted masterpiece on their hands.” —Stephen Chbosky, New York Times bestselling author
“There’s a good bit of world building behind the strange goings-on, which all leads up to a modern-day, high-stakes pursuit by Odessa and Silence to capture the entity before it can do more harm…Silence is a fascinating character you’ll want to see again.” —BookPage
“Del Toro and Hogan pay homage to the occult detective stories of Algernon Blackwood while offering an original speculative thriller for today…A great choice for fans of popular speculative investigative series.” —Booklist
“A welcome gift to disciples of Lovecraft-ian fiction. Odessa Hardewick is cast in the mold of Clarice Starling…Inventive and macabre.” —Kirkus Reviews
“A transporting, page-turning thriller…[with] Hugo Blackwood and Odessa Hardwicke, a Sherlockian partnership for the ages.” —Brad Meltzer, #1 New York Times bestselling author
“The authors keep the tension high throughout. Fans of Douglas Preston and Lincoln Child’s Pendergast books will be enthralled.” —Publishers Weekly (starred review)

Guillermo del Toro is an Academy Award–winning film director as well as a screenwriter, producer, and New York Times bestselling novelist. He is best known for his foreign fantasy films, especially Pan’s Labyrinth, and American mainstream movies like The Shape of Water. Del Toro has published multiple bestselling adult novels, including The Strain, which was adapted into a TV series by FX.

Chuck Hogan was a video store clerk in Boston when his first thriller, The Standoff, was published to critical acclaim and went on to become a national bestseller translated into fourteen international editions. He subsequently wrote three additional suspense novels, The Blood Artists, The Killing Moon, and the acclaimed Prince of Thieves. The Blood Artist and The Killing Moon each blended thrills with chills, while Prince of Thieves won the Hammett award for excellence in crime writing and was proclaimed by Steven King to be one of the best novels of the year. In 2010 Prince of Thieves was adapted into a major motion picture.