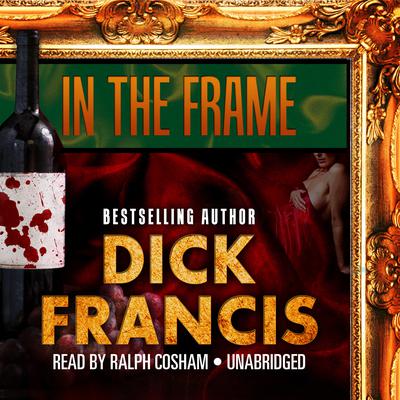 Charles Todd is an English painter well known and respected for his renderings of sleek and athletic horses at the racetrack. What he now faces at his cousin Donald’s house is also art—the art of a perfectly brutal murderer.

Donald’s home has been burglarized and his wife, Regina, is lying on her back dead, her face the color of cream. Donald is shattered, shocked—and a prime suspect.

When Todd discovers a connection between recent burglaries and people who bought horse paintings, the racetrack lover finds himself in the biggest race of his life as he works to clear his cousin’s name and trap a ruthless killer before the killer traps him.

“Francis captures our attention and holds us spellbound.” —New York Times Book Review
“A positive genius.” —Time
“Excitement from start to finish.” —Publishers Weekly
“The horses are painted ones this time, but stop worrying. You won’t have a moment to miss the hooves and the muck…Action, character, and color ride in perfect balance again…and the ‘Am I my brother’s keeper?’ motif returns in subtle high gear, just to remind us that Francis stays on top because he remembers to touch bottom.” —Kirkus Reviews