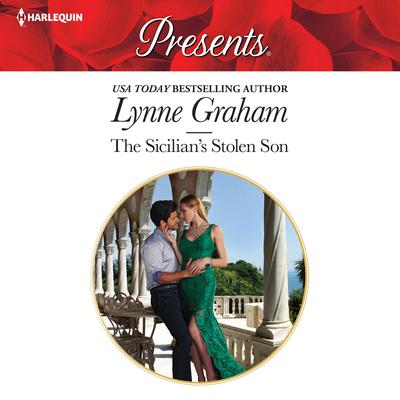 At the Sicilian's bidding…and bedding!

The only link Jemima Barber has to her troubled late twin sister is her nephew. So when the boy's father storms into their lives to reclaim the child that was stolen from him, Jemima lets the forbidding Sicilian believe she is her smooth seductress of a sister.

Though his son's mother might be gentler than Luciano Vitale remembers, he's resolved to make her pay in the most pleasurable way imaginable. But when he discovers she's a virgin, her secret is out! Now Luciano has a new proposal: Jemima can atone for her sister's sins—by becoming his wife!

“I have always been a fan of Lynne Graham as she is one of the authors who instilled in me the love for the Harlequin romances.” —Maldivian Book Reviewers, praise for the author

Lynne Graham, born of Irish-Scottish parentage, has lived in Northern Ireland all her life and has been a keen romance reader since her teens. After the rejection of her first novel at the age of fifteen, she has gone on to write over one hundred romance novels with sales of forty-two million books worldwide.