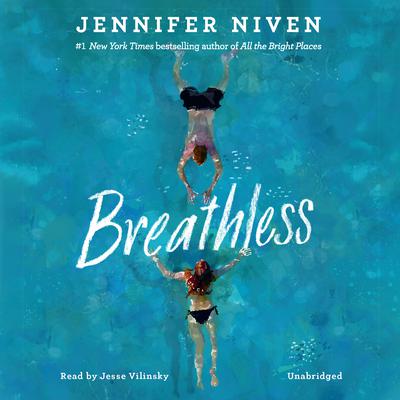 From Jennifer Niven, the New York Times bestselling author of All the Bright Places, comes an unforgettable new novel about a sensitive girl ready to live her bravest life--sex, heartbreak, family dramas, and all. Before: With graduation on the horizon, budding writer Claudine Henry is making plans: college in the fall, become a famous author, and maybe--finally--have sex. She doesn't even need to be in love. Then her dad drops a bombshell: he's leaving Claude's mother. Suddenly, Claude's entire world feels like a lie, and her future anything but under control. After: Claude's mom whisks them away to the last place Claude could imagine nursing a broken heart: a remote, mosquito-infested island off the coast of Georgia. But then Jeremiah Crew happens. Miah is a local trail guide with a passion for photography--and a past he doesn't like to talk about. He's brash and enigmatic, and even more infuriatingly, he's the only one who seems to see Claude for who she wants to be. So when Claude decides to sleep with Miah, she tells herself it's just sex, nothing more. There's not enough time to fall in love, especially if it means putting her already broken heart at risk. Compulsively readable and impossible to forget, Jennifer Niven's luminous new novel is an insightful portrait of a young woman ready to write her own story.

Jennifer Niven’s first book, The Ice Master, was named one of the top ten nonfiction books of the year in 2000 by Entertainment Weekly. A Barnes & Noble Discover Great New Writer, she has ten different publishers in ten separate countries, and The Ice Master has been translated into eight languages. Jennifer and her work have appeared in Newsweek, Entertainment Weekly, Talk, Glamour, the New Yorker, Outside, the New York Times Book Review, the London Daily Mail, the London Times, and Writer’s Digest, among others. Dateline NBC, the Discovery Channel, and the History Channel have featured The Ice Master in hour-long documentaries, and it has been the subject of numerous German, Canadian, and British television programs.