Told in alternating points of view, Jubilee reveals both the haunting power of our lived experiences and the surreal possibility of the present to heal the past.

The first thread, “Before Jubilee,” follows Bianca in her girlhood home on the Mexicali border as she struggles with her high school sweetheart, Gabe, and a secret they’ve shared since she was fifteen.

The second thread, “With Jubilee,” is told from the point of view of her new love, Joshua, who, along with Bianca’s family, helps her cope with a mysterious trauma by accepting Jubilee as part of the family. As Joshua’s love for Bianca grows, he fears that Jubilee has the power to tear his tiny family apart.

Alternating chapters give readers a unique perspective on Bianca’s present and on her relationship with Jubilee as her past life with Gabe comes to a catastrophic end.

Jubilee is at once a darkly suspenseful psychological drama and a luminous reflection on how beauty emerges from even the most traumatic of experiences.

“Givhan, who, like her protagonist, is a poet, paints a surrealist canvas with vivid colors, even invoking images from artists such as Frida Kahlo and Remedios Varo. The richness of her language and her eye for nuance animate her depictions of both the bleak exterior landscape of California’s Imperial Valley and the bleak interior landscape of Bianca’s damaged soul. Through it all, Givhan has forged a compelling tension between psychological drama and romance that makes for a riveting read.” —BookPage
“Givhan manages to tell a story about Mexicali culture that, by focusing on one young woman’s hope, avoids cultural generalizations and tells, instead, a story of family growth and personal triumph.” —Washington Post
“An elegantly crafted novel by an author with an impressive set of narrative-driven storytelling skills, Jennifer Givhan’s Jubilee is an extraordinary and unreservedly recommended addition to both community and college/university library Contemporary Literary Fiction collections.” —Midwest Book Review
“Thought-provoking…Givhan expertly plays her cast of characters against one another, using small, personal moments to create seismic emotional shifts all while slowly unraveling the truth about Bianca’s past and Jubilee’s place in her life.” —Booklist
“[An] intense, artfully woven psychological drama…Bianca’s repeated meditations on bodies of water as a source of life (“Rivers take, yes, but rivers bring back”) and the echoes of lines from Cisneros add rich lyrical layers to the fast-paced plot. Givhan rewards readers with an intense, fiery story.” —Publishers Weekly (starred review)
“An exquisite story of loss and healing, Jubilee explores the unmatched power of a parent’s love as a woman navigates a mysterious trauma manifesting in the belief that a doll is her daughter. This book is at once an engrossing page-turner and an empowering love letter to women—those who know their strength, and those who fight to discover it. Jennifer Givhan is a gorgeous and passionate storyteller whose shimmering lyricism enchants the reader on every page.” —Megan Collins, author of The Winter Sister and Behind the Red Door
“With a poet’s gift for language and a cinematic eye for the texture of life in the California borderlands, Givhan has created a novel in which the grit of daily existence is inextricably entwined with the power of the mythic. The complex, nuanced characters in Jubilee draw us into a woman’s haunted past where trauma may have the capacity to wreck a life, but imagination has the ability to save it. A strikingly original, memorable novel.” —Sarah Pemberton Strong, author of The Fainting Room
“A deeply affecting and ultimately uplifting novel. Givhan’s beautiful prose vividly renders a Southern California not often seen in literature.” —Toni Margarita Plummer, author of The Bolero of Andi Rowe
“I never thought I’d see the Great Mexicali Novel. Jennifer Givhan teaches us new things about borders, including the shadowy borders of the mind. Intense.” —Luis Alberto Urrea, author of The House of Broken Angels 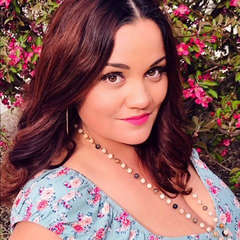 Jennifer Givhan, a National Endowment for the Arts and PEN/Rosenthal Emerging Voices fellow, is a Mexican American writer and activist from the Southwestern desert. She is the author of four full-length poetry collections and her honors include the Frost Place Latinx Scholarship, the New Ohio Review’s Poetry Prize chosen by Tyehimba Jess, and others. Jennifer’s previous book, Trinity Sight, is a nominee for the 2019 Reading the West Book Award in Adult Fiction. Givhan holds a master’s degree in English from California State University Fullerton and an MFA from Warren Wilson College, and she can be found discussing feminist motherhood at JenniferGivhan.com as well as on Facebook and Twitter @JennGivhan.