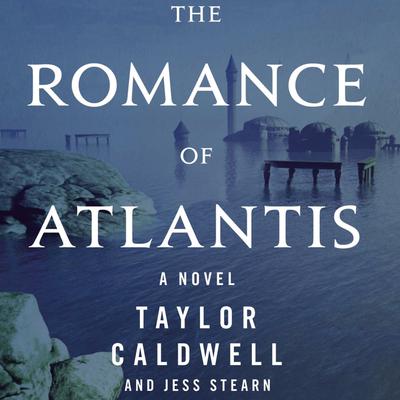 The Romance of Atlantis: A Novel

By Taylor Caldwell  and Jess Stearn
Read by Tiffany Morgan

A young queen is torn between her heart's desire and the fate of her kingdom in this “first-rate” fantasy (Library Journal) from a New York Times best-selling author.

On his deathbed, the 400-year-old emperor of Atlantis has reason to worry. Signar, the savage ruler of a powerful outlying state, is scheming to seize control of the empire, and not even its advanced technology can save it. But something else can....

From the frozen north country of Althrustri, Signar will halt his invasion if he can take the emperor's daughter, the beautiful Empress Salustra, as his bride. Such a marriage contradicts the deepest feelings of Salustra's heart, the secret wisdom of her lineage, and her sacred trust as Atlantis's queen. But the emperor has a plan: Salustra will seduce Signar and then sentence him to death.

In spite of every effort to harden her heart, Salustra soon finds herself falling in love with the lustful barbarian. Her loyalties gravely divided, the empress must make a decision that will change the course of history.

Written by author Taylor Caldwell when she was a young girl and revised and published decades later, The Romance of Atlantis transforms the legend of a lost kingdom into an “extraordinary” tale of passion and intrigue (The Columbus Dispatch).