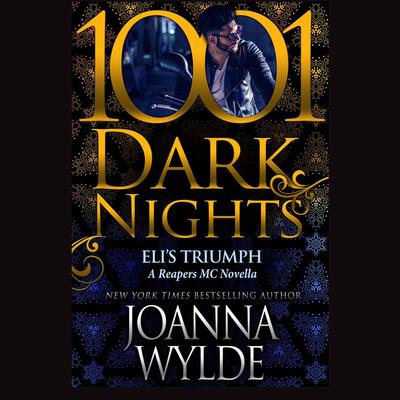 By Joanna Wylde
Read by Sean Crisden  and Tatiana Sokolov

Peaches Taylor spent the last seven years slinging drinks and dodging drunks at the Starkwood Saloon. Some might call it a dead-end job, but to her it was an investment - another six months, and she'd have enough money to buy the place.

Eli King is ready to settle down. He stood by his brothers when they needed him, paying the price for their freedom with his own. Now it's time to claim his reward - the Starkwood Saloon. He's got the cash to buy the bar, the skills to run it, and just one person standing between him and his dream: Peaches Taylor.

She's been driving him crazy since they were kids, and not in the good way. When she was six, she shoved a spider down his pants. When he was ten, he locked her in a closet overnight. Then she hot-wired his car at 17, and things got ugly....

They're adults now, and the Starkwood isn't a toy to fight over - it's the hill they'll die on. No prisoners. No compromises. No mercy.

Peaches Taylor and Eli King are going to war.