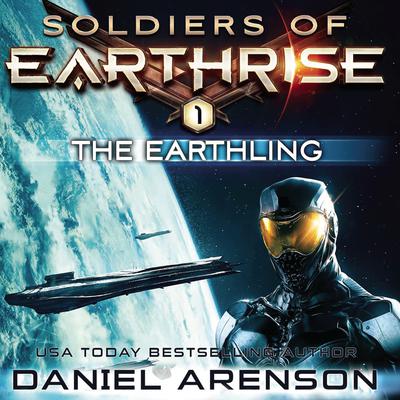 The Soldiers of Earthrise Series: Book 2

From million-copy best seller Daniel Arenson comes The Earthling, a sweeping tale of courage, honor, and terror among the stars.

Jon Taylor is an Earthling. He doesn't care much about space. At least until his brother dies on Bahay, a war-torn planet many light-years away.

After the funeral, Jon joins the army. He learns to kill. And he flies to Bahay, sworn to avenge his brother.

Centuries ago, Filipino colonists arrived on Bahay to build a utopia. But this world has become a nightmare. Jon finds himself in a dizzying dreamscape, a world of dark jungles and neon slums, of ruthless guerrillas and intoxicating bargirls, of blood-soaked battlefields and glittering brothels. Here on Bahay, a man can lose his life in the jungle, lose his sanity in the gleaming drug dens, or lose his heart to a local girl with a sweet smile and knife behind her back.

On Bahay, nothing is as it seems. In this place of strange dreams and secrets, Jon hunts the man who killed his brother. But he learns that revenge always comes with a price....

If you loved Ender's Game, Starship Troopers, and Battlestar Galactica, you'll love The Earthling, a new tale in the best-selling Earthrise universe.