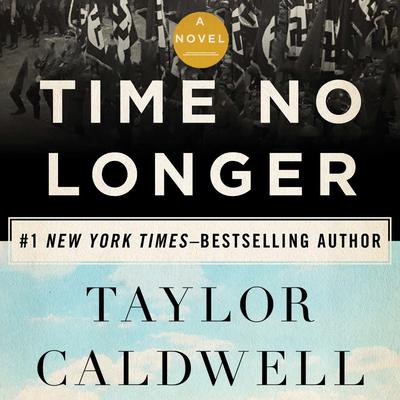 Time No Longer: A Novel

On the eve of World War II, twin brothers are divided by the murder of a German Jew, in this epic tale from New York Times best-selling author Taylor Caldwell.

Karl Erlich loves his country. But these are dangerous times for Germany, whose poor and downtrodden have been seduced by an Austrian sign painter named Adolf Hitler. Karl's twin brother, Kurt, a distinguished scientist, has already pledged his allegiance to the Third Reich, a regime that Karl finds cruel and oppressive. But he soon has even more reason to fear: There is talk of the Nazis singling out the Jews for extermination. Karl and Kurt's younger sister, Gerda, is engaged to Eric Rheinhardt, a German Jew. Before Gerda and Eric can escape to America, Eric is arrested by the Gestapo.

Then the unthinkable happens, and in the wake of searing tragedy, Karl cuts all ties with his brother. A onetime candidate for the Nobel Prize for Literature, he is no longer able to write, eat, or sleep. His wife, Therese, fears for his sanity. She knows she must get her husband away from the madness that is now Germany. But can she rescue her husband, who is rapidly becoming like their beleaguered Rhineland - inconsolable, frightened, and thirsting for revenge? As she seeks answers, unknowingly thrusting herself into harm's way, Therese will discover the powerful ties that bind German to Jew, and come to realize that the only one way to save Karl is to save Germany.

Set in the years of the Nazis' ascent to power, Time No Longer is at once a universal and intensely personal novel about the struggle against hate and fear that can elevate an ordinary man to extraordinary heights and the unassailable bond between two brothers.