"Leave it to DJ Molles to change the genre with a breakneck action novel that had me turning the pages while thinking, why the hell didn't I write this?!" (Nicholas Sansbury Smith, New York Times and USA Today best-selling author of the Hell Divers and Extinction Cycle series)

In the beginning, the gods destroyed the world.

Five hundred years later, things haven't gotten much better for humans. The demigods that were left behind to guard over humanity have been using them as fodder for an endless civil war between themselves, and the humans just go on dutifully slaughtering each other, battle after battle.

It's not all bad, though. Perry McGown makes his living off those bloody, stinking battlefields. He works on a crew that reclaims all the spent shell casings. They reload them into new cartridges, and then sell them in towns. It's a good gig, it puts a few gold coins in Perry's pocket, and best of all, no one asks too many questions about his past.

Which is ideal, because if anyone found out that he was a deserter from the war, he'd be executed for heresy.

Then some bad blood between crewmembers leads to one man with his brains dashed in, and Perry heading for the hangman's noose. Through a flurry of gunfire and blood, Perry manages a narrow escape, but only with the help of the two people he likes least: A girl named Teran that asks far too many questions about his past; and an ex-legionnaire named Stuber, whose penchant for gleeful violence brings back bad memories for Perry.

On the run and pursued by a ruthless demigod, Perry is forced to confront the demons of a past that he thought he'd left behind him - and learn truths about himself and his family that have been buried for decades. But the more Perry learns, the more dangerous his journey becomes. Because the truth about Perry could break the gods. 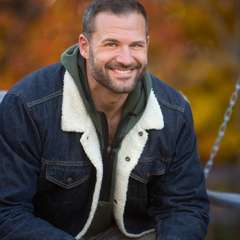 D. J. Molles has two published short stories, “Darkness” and “Survive,” which won a short fiction contest through Writer’s Digest. The Remaining series are his first novels and have been met with overwhelming success. He lives in the southeast with his wife and daughter.