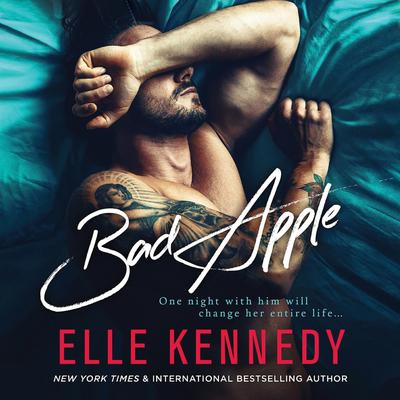 By Elle Kennedy
Read by Adrienne West  and Brock Monroe

One night with him will change her life....

Between her waitressing job, volunteer work, and college classes, there are never enough hours in Maggie Reilly's day. Especially not for a relationship. Luckily, she's got the perfect arrangement: a lover she meets three or four times a year. But when she shows up at the hotel expecting to hop into bed with one man, she accidentally ends up with another - Ben Barrett, Hollywood's most notorious bad boy.

Ben, determined to lay low after another scandal, just wants some much-needed sleep. What he gets is a scorching make-out session with a gorgeous, naked redhead. He won't accept her apology, but what he will accept is a place to hide out...and if there's some hot, no-strings sex involved, why the heck not?

But Ben soon discovers that one week with his sassy, bed-hopping waitress is definitely not enough. He wants more. A lot more.

Now he needs to convince relationship-averse Maggie that a bad boy might be oh so good for her - and the best thing that's ever happened to both of them.