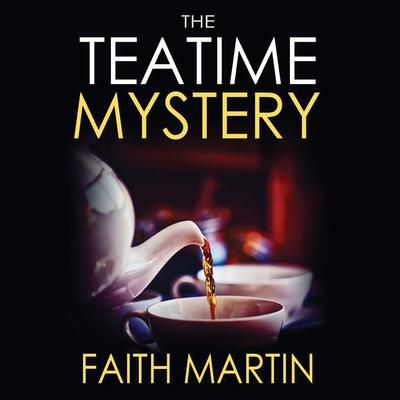 Discover a new series of whodunits by million-selling author Faith Martin. These charming mysteries will have you scratching your head to work out who the murderer is.

Jenny Starling is doing the catering for the village cricket match. But she's not expecting one of the players to turn up dead.

Everyone from the village has turned out to watch the match, and with this being the club's centenary, Jenny Starling has been hired specially to provide her stunning food for the event.

Then the next man up to bat, Tristan Jones, is nowhere to be found. He is discovered behind the pavilion, murdered by a blow to the back of the head with an old cricket bat.

The handsome 20-something had a reputation as a Lothario, with an appetite for married women. Did a scorned woman or a cuckolded husband kill him?

However, he'd annoyed other people too. He was a stockbroker who took big risks with other people's money and lost their life savings.

Soon another body turns up and Jenny Starling is going to need all her cunning to crack this complex case.

This is the sixth in a series of enjoyable murder mysteries with a great cast of characters and baffling crimes which will keep you in suspense to the very end.

Faith Martin is the author of fifty novels, including the popular Detective Hillary Greene novels, which have sold over one million copies globally and have been optioned for film. She is an award-winning romance author under the pen name Maxine Barry.