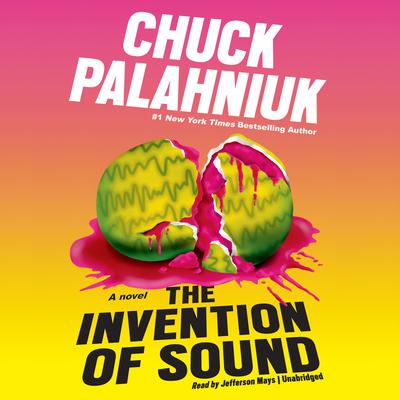 The Invention of Sound

A father’s decades-long search for a missing daughter.
A young woman about to perfect the darkest art.
The most dangerous secret Hollywood has ever kept.

Gates Foster lost his daughter, Lucy, seventeen years ago. He’s never stopped searching. Suddenly, a shocking new development provides Foster with his first major lead in over a decade, and he may finally be on the verge of discovering the awful truth.

Meanwhile, Mitzi Ives has carved out a space among the Foley artists creating the immersive sounds giving Hollywood films their authenticity. Using the same secret techniques as her father before her, she’s become an industry-leading expert in the sound of violence and horror, creating screams so bone-chilling, they may as well be real.

Soon Foster and Mitzi find themselves on a collision course that threatens to expose the violence hidden beneath Hollywood’s glamorous façade. A grim and disturbing reflection on the commodification of suffering and the dangerous power of art, THE INVENTION OF SOUND is Chuck Palahniuk at the peak of his literary powers—his most suspenseful, most daring, and most genre-defying work yet.

“One of the most feverish imaginations in American letters.” —Washington Post, praise for the author

Chuck Palahniuk has been a nationally bestselling author since his first novel, 1996’s Fight Club, was made into the acclaimed David Fincher film of the same name. Twelve of his works have made the New York Times bestsellers list, and his work has sold millions of copies worldwide.