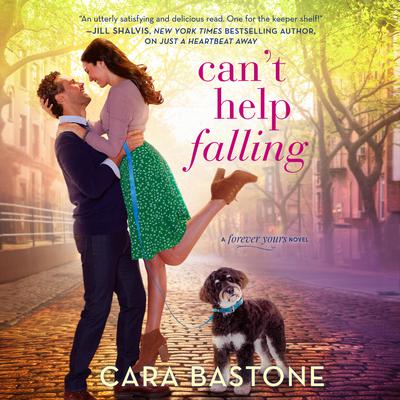 The Forever Yours Series: Book 2

Serafine St. Romain can see everyone’s future—including her own. Now if only she could change hers. Ever since she left the foster care system, Serafine has wanted to become a foster parent. But no matter how many times she reads her own future, she doesn’t see her dreams coming true. All she sees is handsome, boneheaded, but maddeningly appealing sports fan Tyler Leshuski…and she refuses to compromise her dreams for a man.

For pretty much the last two decades, Tyler’s life was his work as a sports agent, friends, and the occasional woman. Then he meets Serafine St. Romain, the foster sister of his best friend’s new girlfriend, and she’s catapulted to the very top of his to-do list. Breathtakingly beautiful, sorta psychic, and a little spooky, Ty has never met another woman like her. But he’s not the marrying kind, and she’s not interested in a one-night stand so they’re at an impasse…until a phone call changes his entire life.

His much younger half-sister, Kylie, is in desperate need of a guardian so Tyler brings her to live with him in Brooklyn. And Serafine is the only person who can get his little sister to open up so any sort of fling with her has to be permanently off the table…for Kyle’s sake. But the closer this makeshift family gets, the harder it is to resist the attraction between them. Could these two very different people have finally met their match?

Cara Bastone is a full-time writer who lives and writes in Brooklyn with her husband, son, and an almost-goldendoodle. Her goal with her work is to find the swoon in ordinary love stories. She has been a fan of the romance genre since she found a grocery bag filled with her grandmother’s old Harlequin Romances when she was in high school. She is a fangirl for pretzel sticks, long walks through Prospect Park, and love stories featuring men who aren’t crippled by their own masculinity.