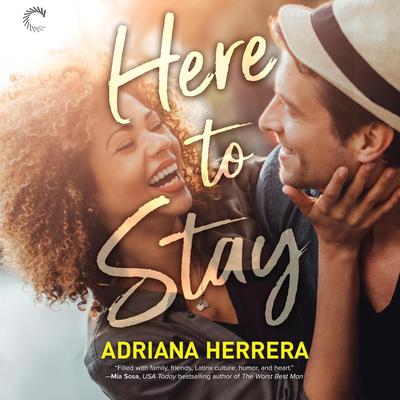 By Adriana Herrera
Read by Carmen Vine  and Sean Crisden

Julia del Mar Ortiz is not having the best year.

She moved to Dallas with her boyfriend, who ended up ditching her and running back to New York after only a few weeks. Left with a massive—by NYC standards, anyway—apartment and a car lease in the scorching Texas heat, Julia is struggling … except that’s not completely true. Running the charitable foundation of one of the most iconic high fashion department stores in the world is serious #lifegoals.

It’s more than enough to make her want to stick it out down South.

The only monkey wrench in Julia’s plans is the blue-eyed, smart-mouthed consultant the store hired to take them public. Fellow New Yorker Rocco Quinn’s first order of business? Putting Julia’s job on the chopping block.

When Julia is tasked with making sure Rocco sees how valuable the programs she runs are, she’s caught between a rock and a very hard set of abs. Because Rocco Quinn is almost impossible to hate—and even harder to resist.

Adriana Herrera was born and raised in the Caribbean, but for the last fifteen years has let her job (and her spouse) take her all over the world. She loves writing stories about people who look and sound like her people, getting unapologetic happy endings.