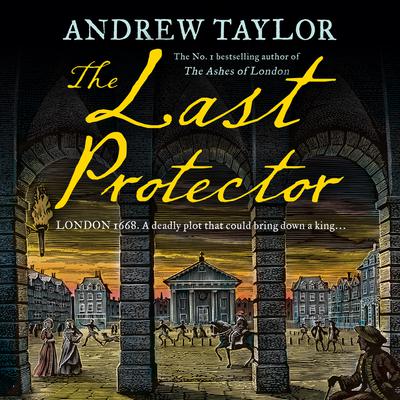 From the No.1 Sunday Times bestselling author of The Ashes of London comes the next book in the phenomenally successful series following James Marwood and Cat Lovett.

Brother against brother. Father against son. Friends turned into enemies. No one in England wants a return to the bloody days of the Civil War. But Oliver Cromwell’s son, Richard, has abandoned his exile and slipped back into England. The consequences could be catastrophic.

James Marwood, a traitor’s son turned government agent, is tasked with uncovering Cromwell’s motives. But his assignment is complicated by his friend–the regicide’s daughter, Cat Lovett–who knew the Cromwells as a child, and who now seems to be hiding a secret of her own about the family.

Both Marwood and Cat know they are putting themselves in great danger. And when they find themselves on a top secret mission in the Palace of Whitehall, they realize they are risking their lives …and could even be sent to the block for treason.