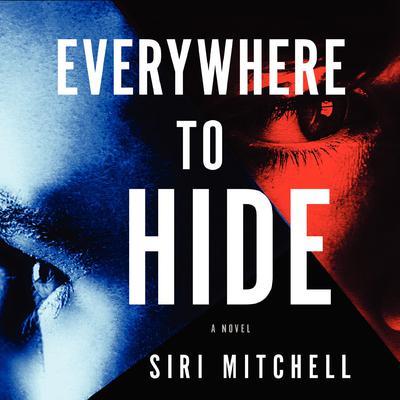 Siri Mitchell's latest thriller asks: Who do you trust when you can't even trust yourself?

Whitney Garrison, a recent law school graduate, grapples with life as a person with face blindness—a neurological condition that prevents her from distinguishing one face from another. To complicate things even further, she juggles two jobs to pay down her student loans and support her ailing father. In fleeting spare moments, Whitney studies for the bar. Nothing about her life is easy.

When she becomes the sole witness to a murder, Whitney tries to convince herself that it was just a crime of opportunity. Moreover, she has no way of recognizing the person she saw that night. But when it becomes apparent that the victim was involved in espionage and that the killer has a way of anticipating Whitney's every move, she realizes her life is in grave danger. And that the killer might be closer than she thinks.

Siri Mitchell graduated from the University of Washington with a business degree and worked in various levels of government. As a military spouse, she has lived all over the world, including Paris and Tokyo. As an award-winning author, many of her books were Christy Award finalists and ACFW Carol Award finalists. Her novel She Walks in Beauty won the inaugural INSPY Award for Historical Fiction. Mitchell lives in the DC metro area.