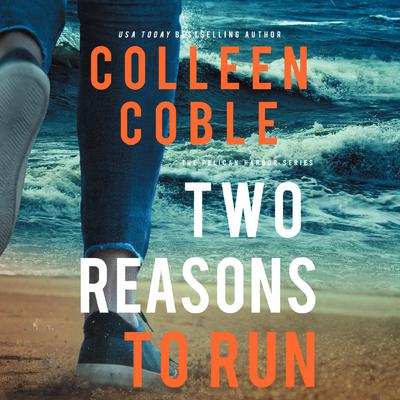 Lies have rocked Jane Hardy's world. And now that her son is being targeted, she's got at least two reasons to run.

Jane Hardy's life has been utterly disrupted. Almost immediately after taking over as Chief of Police for Pelican Harbor, her department was rocked by scandal. For the first time in her adult life, Jane thought she was falling in love . . . until she discovered that Reid Bechtol had been hiding the truth about who he really was. And if that wasn't enough, she learned that her father had been lying to her for the last fifteen years and that her son wasn't really dead.

The silver lining is that her son, Will, is back in her life and she's building a relationship with him for the first time.

When Reid embarks on filming a new documentary about the oil platforms in Mobile Bay, someone begins threatening Will to get Reid to stop his investigation. His informant's body is found lashed to one of the supports under the platform, and Jane has to help Reid find out who is targeting him if she wants to make sure her son survives as well.

His deception and the current danger give Jane plenty of reasons to run from Reid. But are there more reasons to stay?

Colleen Coble is the author of several bestselling romantic suspense novels, including Tidewater Inn, and the Mercy Falls, Lonestar, and Rock Harbor series. She is a RITA Award Finalist.