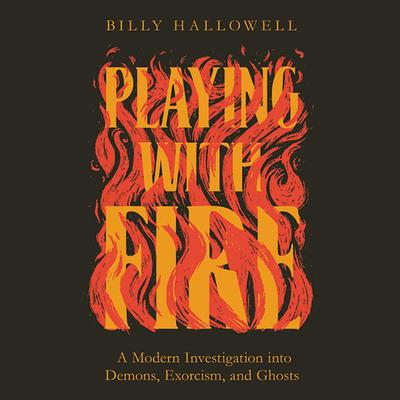 Playing with Fire: A Modern Investigation into Demons, Exorcism, and Ghosts

What is our fascination with the other side?

Join investigative reporter Billy Hallowell as he delves into the strange phenomena of supernatural activity. Themes of demonic possession have overtaken Hollywood, with countless films and TV shows delving into the age-old struggle against evil. Why?

Yet, with so much focus on the topic there seems to be very little public knowledge and discussion about the real-life nature and reality of demons.

In many foreign countries, however, supernatural activity is often recorded and discussed

It's no surprise international media took note. Quite often, though, many people remain silent about their experiences or resort to quietly whispering about what they've seen, heard, or felt for fear of being labeled insane or crazy.

The truth is, even pastors, priests, and clergy who have observed firsthand accounts of possession and deliverance can succumb to the strange and terrifying effects of intense spiritual warfare.

For people of faith, Playing with Fire will address these core questions: