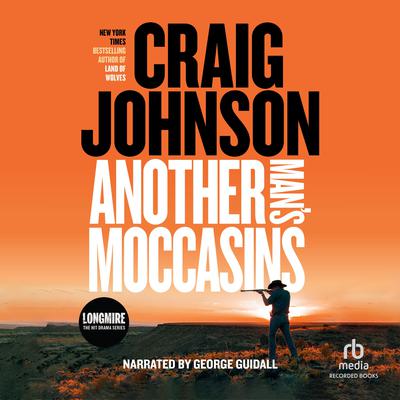 Winner of the 2009 Spur Award for Best Short Novel

Craig Johnson's mystery stories have earned him an esteemed position in the pantheon of contemporary crime novelists. In this fourth installment, Longmire is called to investigate a dead Vietnamese girl found along the Wyoming highway. "Full of crackling dialogue, this absorbing tale demonstrates that Longmire is still the sheriff in town."-Publishers Weekly

“An insightful look at various forms of racism, human trafficking, and confronting your own prejudices.” —Detroit Free Press
“[In] Johnson’s stellar fourth mystery to feature Wyoming sheriff Walt Longmire, Walt responds to a call that leads to…disturbing links to a California human trafficking ring as well as to his own past as a military inspector in Vietnam. Vivid war flashbacks give a glimpse of a younger but no less determined Walt. Full of crackling dialogue, this absorbing tale demonstrates that Longmire is still the sheriff in town.” —Publishers Weekly (starred review)
“Juxtaposing the current investigation against flashbacks to Vietnam, Johnson is able to reveal several new layers to the fascinating character of the aging, kindly, homespun sheriff and his best friend, Henry Standing Bear, who served with him in Vietnam. This series has distinguished itself so far with its rich portrayal of human relationships and daily life in small-town Wyoming. Those characteristics are well in evidence here, but the addition of the vivid and powerful Vietnam scenes provides a welcome jolt of frisson.” —Booklist