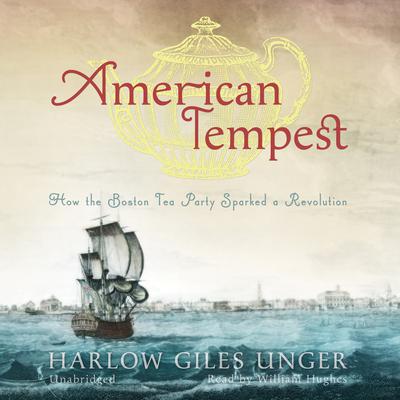 American Tempest: How the Boston Tea Party Sparked a Revolution

On Thursday, December 16, 1773, an estimated seven dozen men, many amateurishly disguised as Indians—then a symbol of freedom—dumped about ┬ú10,000 worth of tea in the harbor. Whatever their motives at the time, they unleashed a social, political, and economic firestorm that would culminate in the Declaration of Independence two and a half years later.

The Boston Tea Party provoked a reign of terror in Boston and other American cities, as Americans began inflicting unimaginable barbarities on each other. Tea parties erupted up and down the colonies. The turmoil stripped tens of thousands of Americans of their dignity, their homes, their properties, and their birthrights—in the name of liberty and independence. Nearly 100,000 Americans left the land of their forefathers forever in what was history's largest exodus of Americans from America. Nonetheless, John Adams called the Boston Tea Party nothing short of "magnificent." And he went on to say that the "destruction of tea is so bold, so daring, so firm…it must have important consequences."

Ironically, few if any Americans today—even those who call themselves Tea Party Patriots—would be able to name even one of the estimated eighty participants in the original Boston Tea Party. Nor are many Americans aware of the "important consequences" of the Tea Party. The acute shortage of tea that followed the Tea Party, of course, helped transform Americans into coffee drinkers, but its effects went far beyond culinary tastes.

The Tea Party would affect so many American minds, hearts, and souls that it helped spawn a new, independent nation whose citizens would govern themselves.

“Harlow Giles Unger has taken a much-written-about subject from America’s past and looked at it with fresh eyes, finding insights and drawing conclusions that will startle not a few people.” —Thomas Fleming, New York Times bestselling author
“Never has a meticulous, well-written history of the Boston Tea Party, the ultimate tax revolt, seemed more relevant. Colonial historian Harlow Giles Unger delivers a stirring chronicle, making it clear that the similarities between then and now are thought-provoking…Unger’s narrative paints a wonderful portrait of Colonial Boston, especially the merchant community, which dominated its politics.” —Boston Globe
“Unger brings to vivid life familiar historical characters with lively text and fine reproductions of period maps, paintings, and engravings…Unger’s exciting historical account raises questions that are as relevant today as they were in 1773.” —Publishers Weekly (starred review)
“A solidly researched account of the 1773 Boston Tea Party…Well-delineated, contrarian history.” —Kirkus Reviews
“Considering the incident’s resonance for the current Tea Party movement, Unger’s history allows timely comparison of the original and its contemporary namesake.” —Booklist