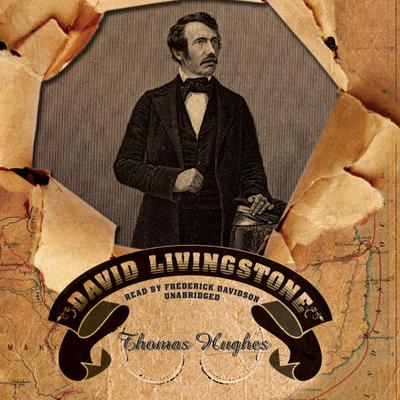 Born in an overcrowded slum in Scotland in 1813, David Livingstone worked twelve-hour days in a cotton factory from age ten to twenty-four. But a pamphlet by Karl Gutzlaff changed his life. Resolved to become a missionary, he applied himself to medicine, self-educating and eventually qualifying as a doctor.

In 1841, Livingstone left for Africa as a medical missionary, where he would stay for thirty years. In that time, he became a missionary geographer, ethnologist, chemist, botanist, astronomer, anthropologist, discoverer of Victoria Falls and the source of the Congo, and the first to cross the continent. Africans revered him as a virtual saint, while his academic accomplishments became Western legend.

Thomas Hughes (1822–1896) was born at Uffington, Berks, and educated at Rugby and Oriel College, Oxford. He was called to the bar in 1848, becoming a county court judge in 1882. He was a Christian Socialist and supported trade unionism and helped to found the Working Men’s College and a settlement in Tennessee, USA. He wrote a number of biographies and social studies, but he is primarily remembered as the author of the semi-autobiographical public school classic, Tom Brown’s Schooldays (1857).